Get your creative juices flowing and submit your own media, art, ariticles, or whatever you think people will find at least mildly entertaining to this site. We promote intelligence.
Post Reply
2 posts • Page 1 of 1

You will find any and all arenas I make here. This thread is for showcasing and information only; please direct any questions and feedback to me through Discord or forum PM.
Arenas will typically be described as follows:

(disclaimer: arena in progress, some elements may be incomplete as of posting)

Location: Caribou, Maine, United States
Description: Originally used as a meteorology facility, Ventus Storm Refuge was promptly abandoned when federal funding was cut a number of decades ago. It's stood still ever since, remaining in surprisingly pristine condition. Aside from the skylight shattering during a hailstorm on a particularly harsh winter season, it appears to have been kept a close eye on.
...when did those statues get there?
OOTA Zones: 0
House Robots: 1 ...?
House Robot Pool
Show
H-tek Sweeper ver. 2
State-of-the-Art Y2K Sweeping Technology 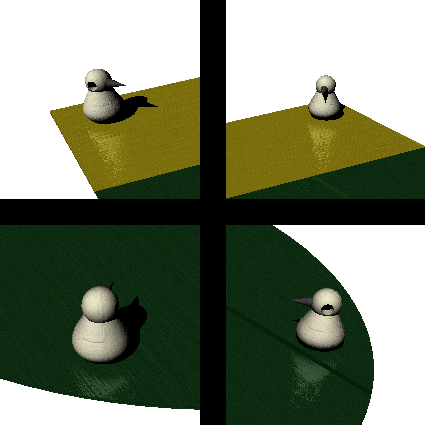 So. You broke all 4 statues.
Show
In the case that all of the statues are broken, an additional house robot will spawn:

Whenever Omen stands underneath the skylight, a thunderbolt will strike its ruby-colored receptor. From there, it will trod toward one of the broken statues and repair it. Repaired statues cannot be broken again.

Generally, it will take 1:30 minutes to repair all 4 statues. Upon doing so, Omen will move to the center of the arena one last time, hop out of the arena via the skylight, and will not return for the rest of the match.