Coming in at lucky number 7 is Hadean. Yes, I'm entering my own tournament. No, I won't be posting any theories in the Detectives' Lounge. Yes, I'll withdraw if we pass the entry cap and someone else wants to enter. No, it's not because their bot's any better than mine. Pure altruism, fam. I've got lots of that on tap.

Anyway, for this bot, I wanted to try a pattern that was a mix of electronic and organic, and I liked the name Hadean that I'd used earlier, so I redesigned an old disappointment of a bot from the ground up. It's lower and wider and has a self-righting pole that should be vaguely reminiscent of the warp nacelles from Star Trek TOS. It's a shell on ARC, so lol but, if you ever need proof that the self-righter works quickly and reliably, watch Gigabyte vs Witch Doctor. Otherwise it's your standard 4WD shell spinner. 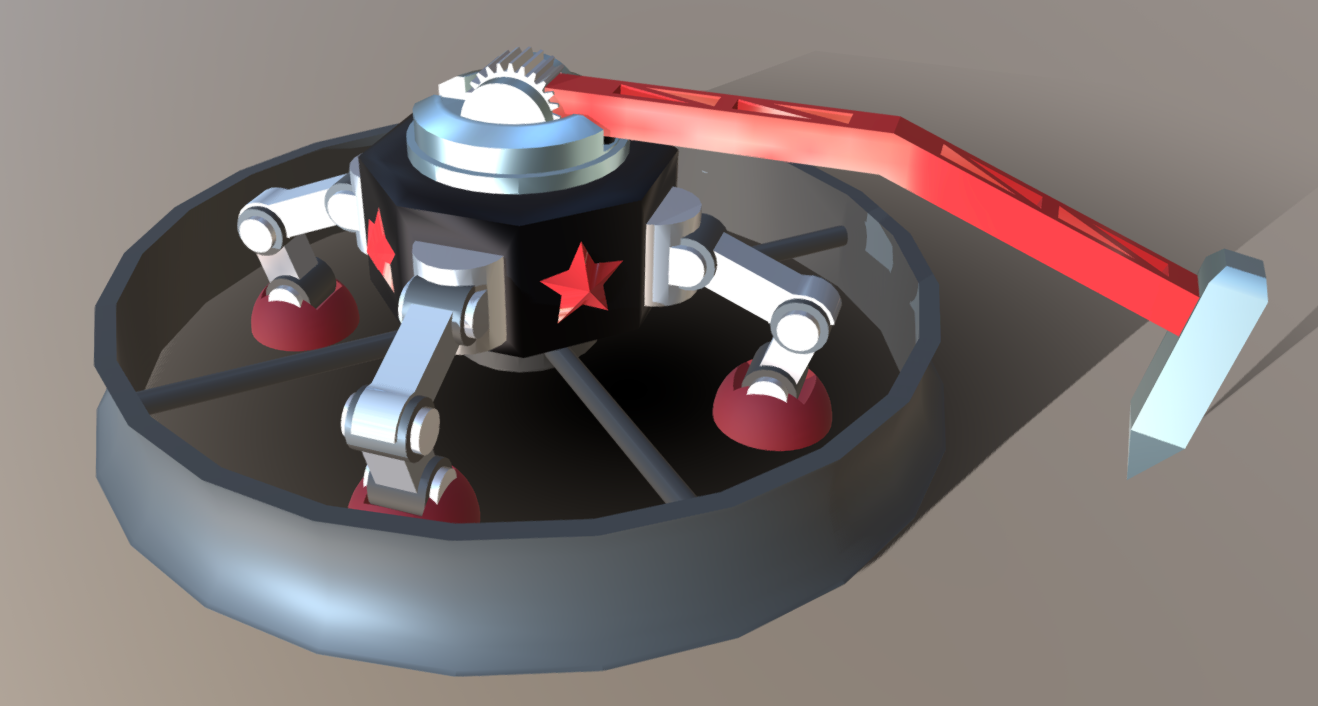 A walking turret hammer that isn't just a "walking" turret hammer. The legs have four degrees of movement each: the feet and knees bend and the hips can raise the legs and turn them side to side. It walks by scuttling around like a spider or something, lifting two opposite legs at a time and moving them forward as the other two support it. The turret spins 360 degrees, the hammer swings through about 180.
The ring plow (aka. the Iron Curtain) is flexibly shock-mounted to the bottom of the chassis such that it can tilt a bit to stay level on the floor as the robot moves around. It can also be removed entirely.

Right I'm just going to put this here until I can get a proper render in. I'm entering with Hissy Fit XL 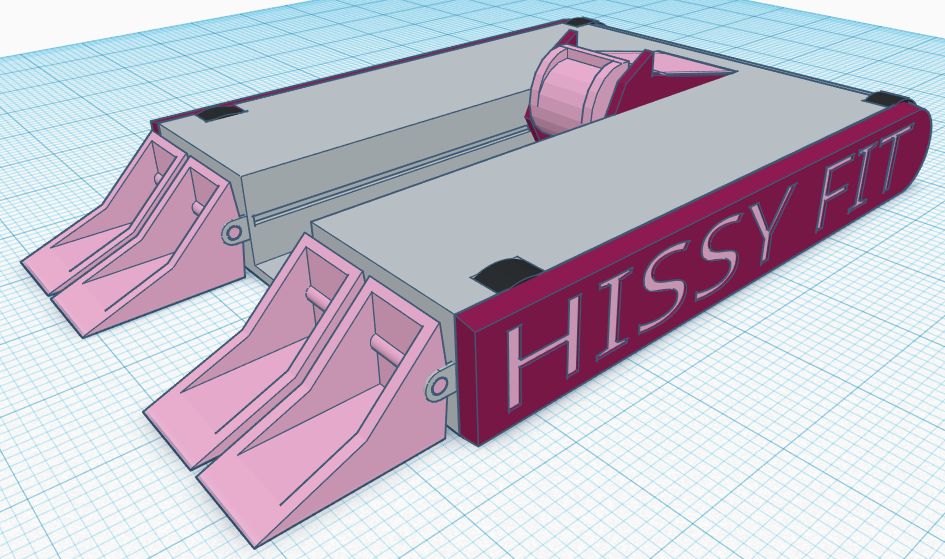 I'll have a go. Reserving slot #1 with Trilobite!:-

I caved. I made a wedge, guys. I fuckin caved. Oh well. Trilobite! is a very fast wedge with a shallow, rounded front to deflect horizontal spinners and keep them off balance. It also has a hinged tail to aid stability and maybe thwack in a pinch if it's been a particularly shit day at the office. With a great wedge, perfect control, and blazing speed, this is a robot that's designed to outdrive opponents rather than outlast them, coming at them from odd angles and using the hazards. The shape of the wedge also helps to stop the bot getting monstertrucked and keeps opponents on the back foot, as well as on Trilobite!'s front wedge. Who knows? It might even work. =]
Last edited by Rocket on Wed Sep 25, 2019 1:51 pm, edited 1 time in total.
TEAM WORST SWORDSMAN
"The world's best swordsman doesn't fear the second-best; he fears the worst swordsman, because he can't predict what the idiot will do."

Our team's most recent bot, we decide to build a separate SHW version of this HW, but otherwise looks identical. This bot has a disc powered by two brushless motors. In addition, it utilizes NPC drives, as well as two hinged wedgelets on the front, that can ride with the floor. It is also invertible with the two angled parts on the weapon support. 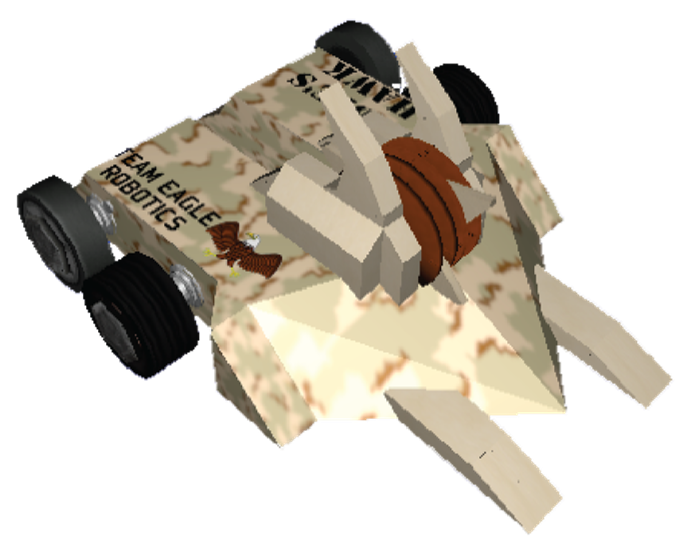