Not the Football League

Not the Football League

Signups close Saturday 7th at midnight. Remember this is meant to go quick. You might get a little extension but you must confirm the stats of your bot by then.

Also we got a Challonge Bracket

-> Use proper grammar and spelling; if we can't understand what you're saying, you aren't allowed to get mad about it :V

-> Fight cards will be posted on Sunday usually (as are results, mostly), and you will have one week to post your RPs. If the fight card is, for whatever reason, late, RPs will still be due on Saturday, barring some really long delay.

-> All RPs are due Saturday at midnight Eastern time. For consistency's sake, no late RPs will be accepted; if you can't RP on time or something comes up, get someone to RP for you.

-> If a robot has configurations that change the stat allocations of said robot (ex. Most swiss-army bots), or change the style of weapon (ex. a robot that can attach either a vertical or horizontal spinner - this should cover the rest of the swiss-army designs :P), its user must notify its opponent which configuration it is using. Other bots are not required to do so, but you're welcome to do so (especially if someone asks and it's not integral to your strategy - remember, don't be a dick :V).

->Fights will be judged for a total of 45 points, divided equally among 3 categories; Aggression (who initiated the attack, who's running away, who's running into fights, use of weapons - this is all regardless of how intelligent it was to do these things), Damage (obvious, I'd hope), and Control (similar to the old criteria's strategy; takes into account the intelligence of actions like a spinner running away to get their weapon up to speed, or a driver who refuses to abandon a strategy even though it is clearly not working).

We will be using the REDDIT/CBC/Whatever it's called ruleset

-> Melty brains have a 5 point bonus to traction which applies only to spinup time, just like it was in ROBOT3. This of course is not
going to matter because they are also limited to 7 damage.

-> Projectile weapons are not subject to the weapon self-damage rules.

->Administrators reserve the right to modify a bot's individual stats based on discrepancies with the picture of the design. The administrators also have the right to reject any robot submission, stat allocation or design aspect that is considered to be unfair or exploiting the rules in any way. Basically i get to ban obvious exploits.

->All information about adjustable set-ups must be stated in the original post, linked albums or other such things may contain additional pictures to avoid clutter, but should not unintentionally hide extra information.

For the arena, we are breaking in borrowing the battlebox like we did in REDDIT. It's a bit big for this weight class but that shouldn't cause many problems

Two-wheel drive thing with a banana on it. The banana can touch the floor and touch its back, meaning it has just over 180 degrees of motion. It doubles up as a lifter and a grabber. The wedge is static, Wedgelets are removable but what’s the point in doing that?
Last edited by Botomatic1000 on Sun Dec 08, 2019 8:32 pm, edited 3 times in total.
Top 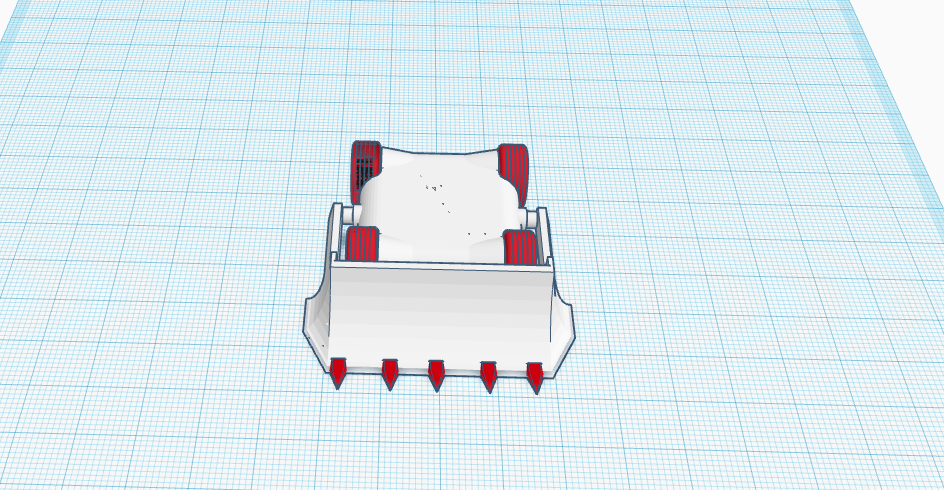 (Ignore the thing going on with the back left wheel, something's wrong with it)
Again, Taskmaster is undergoing another design overhaul, this time becoming a flipper. I suppose this would be better suited for CBC4 when the new wedge rules drop, but I want to try it out anyways beforehand. Since this is a smaller event, it should be somewhat more hospitable anyways. : )

Teeth are removable, but why would I do that? It's a sportsman competition. Anyways, saying it just in case.

WEAPONS ARE: - Side clamps. lifters for the side clamps. overhead clamp arm (with added sharpies!). Lifter (the bit with the horns). it can rotate about 5 degrees up and 90 + downwards. yes that is an abnormal way for a lifter to function.

Go ahead. Try to flank it.

All 4 hammers operate in tandem with one another, meaning it takes three -1 penalties for a total of 15 weapon power. Legs can flip upward for invertibility.
Last edited by V900 on Sat Dec 07, 2019 8:47 pm, edited 2 times in total.

HERE'S JOHNNY
I HAVE CAPS LOCK STUCK ON HELP

BTW all 6 are on the pressing lifter, when I'm not pressing with them they'll act hinged

massive disc (aka a mammoth clone)

2 wheeled drive (short wheel base in the mane yellow section)

the brown wedges at the are are hinged 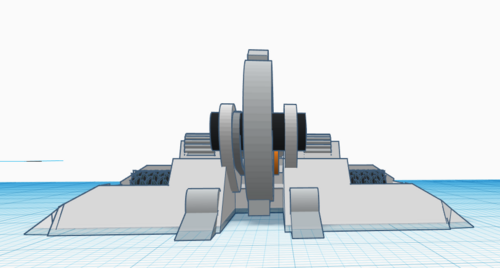 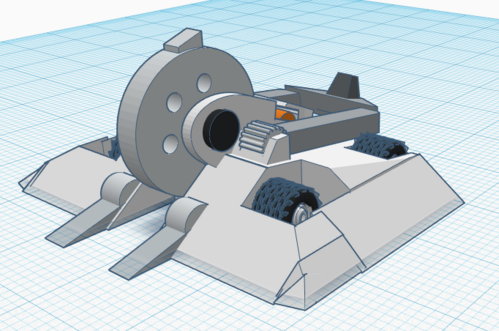 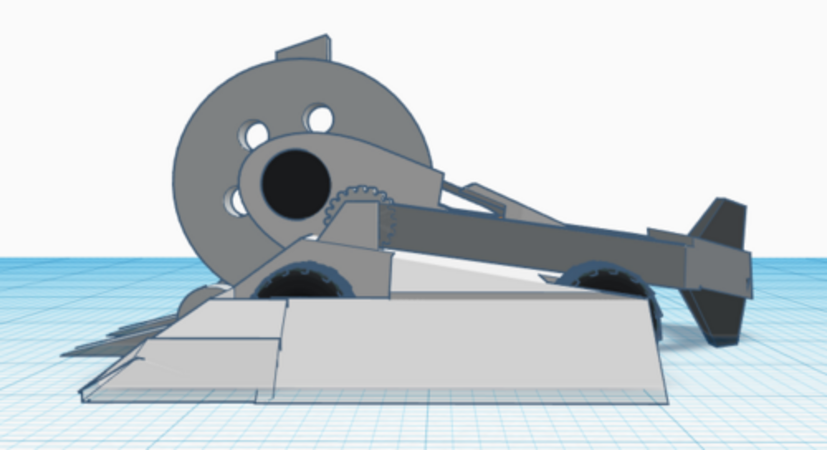 Wallop is a 4WD vertical spinner, it also has an arm which works as a separate weapon, the arm can act as a pinner or to help the bot self right if upside down or onto the side. the front wedgelets have angle limiters and are hinged which helps the bot get underneath the opponents bot and hope to create some damage or "pop shots".
Last edited by British-Robotics on Sat Dec 07, 2019 11:56 pm, edited 1 time in total.
Top

We still need at least 2 more bots that are not rendered yet, we will probably do fine but just in case we have to fill up spots i present this. 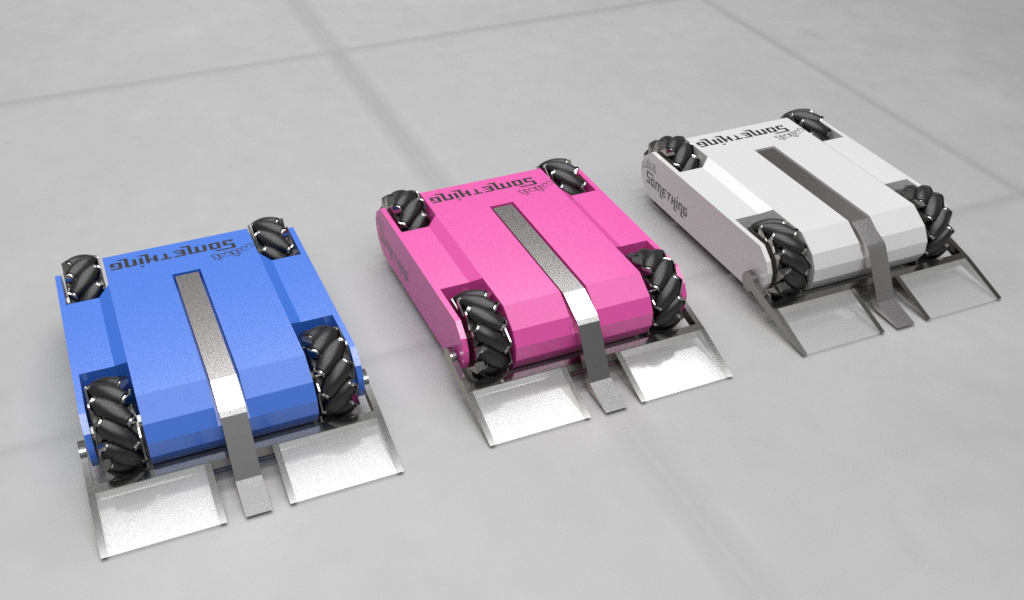 Stats:
(All of the have the same stats) Yes, this is just 3 of the Mini Something from my ROBOT3 cluster, slightly modified so they only got the flipper now. Also added a hinged wedge to them on, of course on an angle limiter so it doesn't do weird unexpected things.
TEAM DESIGN FLAW
Recent history

fuck it i need an excuse to get off my ass 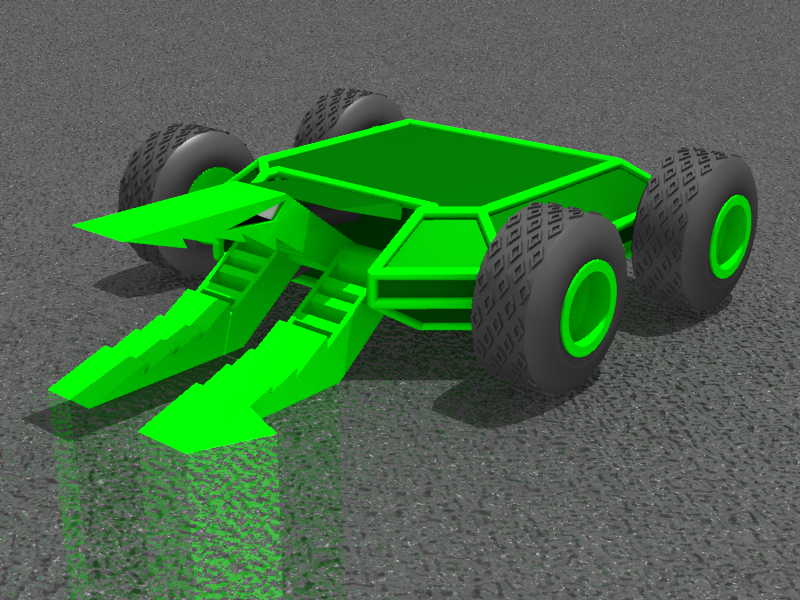 tiny 30lber whipcoil without a plow and also without a soul