by That Kode Guy
Seems like we both came back at a good time. Nice bot.

by Sylandrophol
thanks, prolly gonna be my LW for CBC3 if i'm gonna take a shot in the dark

by Sylandrophol
No, Dude! You'll Get Crushed! 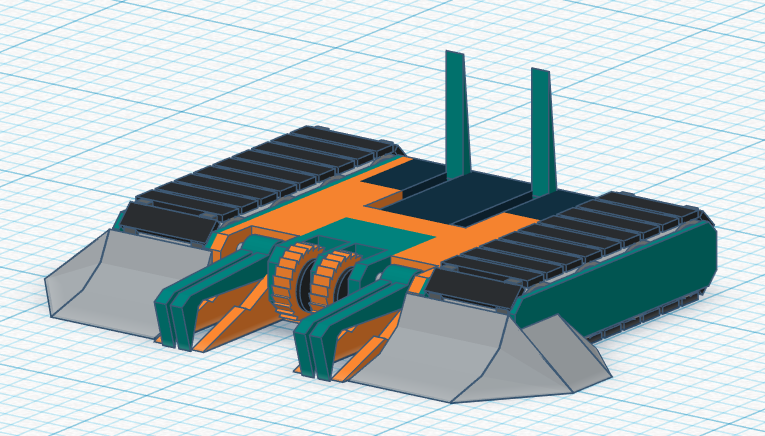 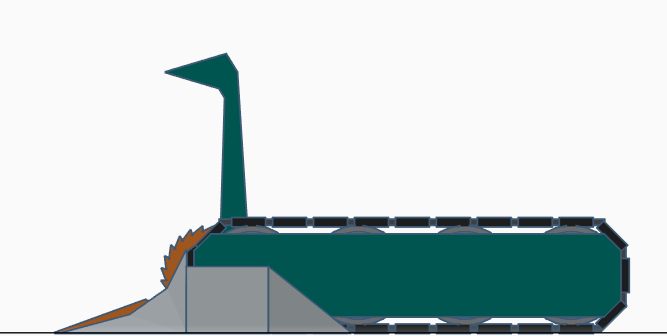 Completely ridiculous design incoming. And a ridiculous name to boot.

No, Dude! You'll Get Crushed! is a design akin to Red Devil, but on crack. So, how does this design might work? It's pretty simple, as the top clamps and srimech share the same system. (the bottom forks are unpowered, and are hinged, but on a ~5-10 degree limiter downwards, same goes for the front plows of the robot.) The general gist behind No, Dude! You'll Get Crushed is that I can sneak up on my opponent, clamp down on them with my clamp, and let the saws on the front grind away at my opponent--thus creating sparks that'll woo the judges and accumulate points.

Fuck me, I think I need to go to bed. 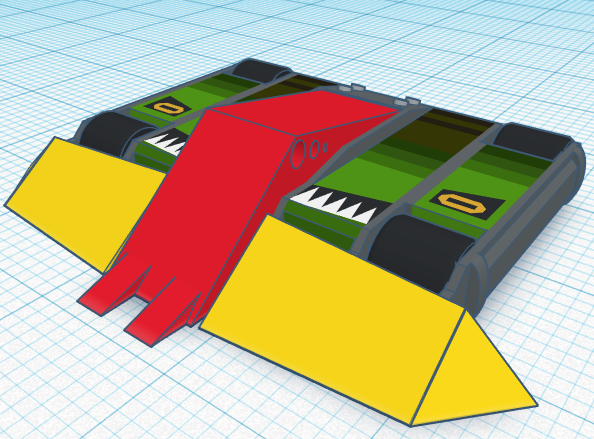 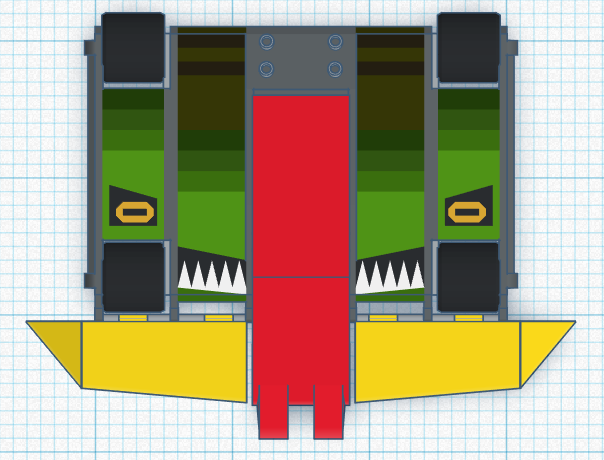 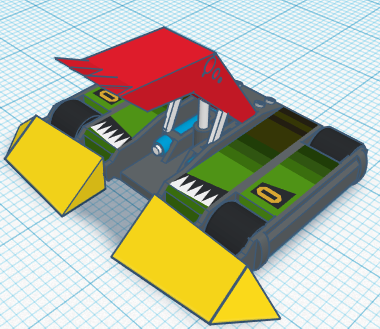 Fairly bog-standard and speedy 4WD CO2-powered rear-hinged flipper with that good ol' brushless drive. Front wedges are hinged on a ~5 or so limiter downwards. CO2 is ejected out from the four pipes on the back when the flipper pops.

ACAMS prolly does have a robot of the same name from like, ~2007-2009, but then again--all that stuff was around 10 years ago. Plus, flexing on dumbass conservatives who think I shouldn't have rights, simply for being nonbinary--is always a national past-time worth doing.

anyways i was looking through my tinkerCAD files, and found this what-appears-to-be-finished arcade queen redesign that i apparently made a year ago. might use it for smth. i dont know what though, considering my energy as of late has been nonexistent, and i know i'll probably not commit myself to a full proper ARC tournament 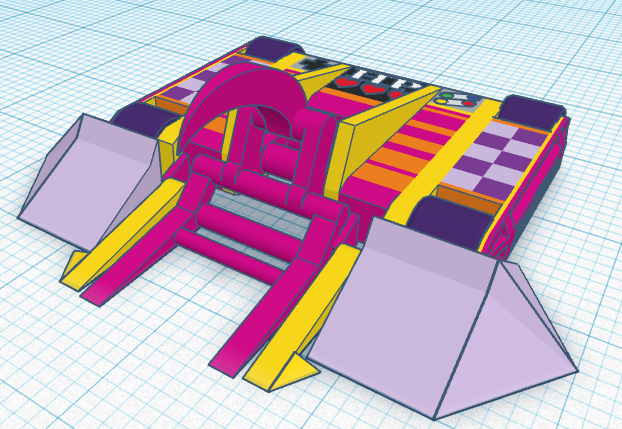 by attackfrog
I know Hii is looking for people for Vexed 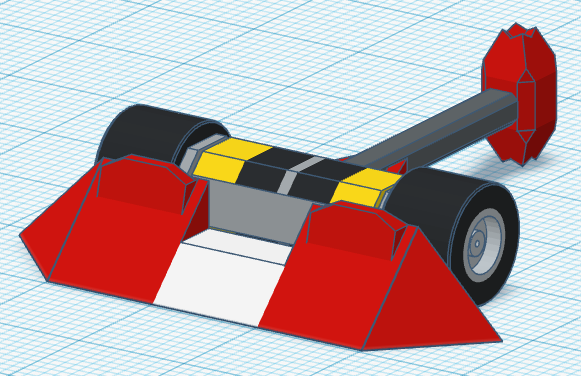 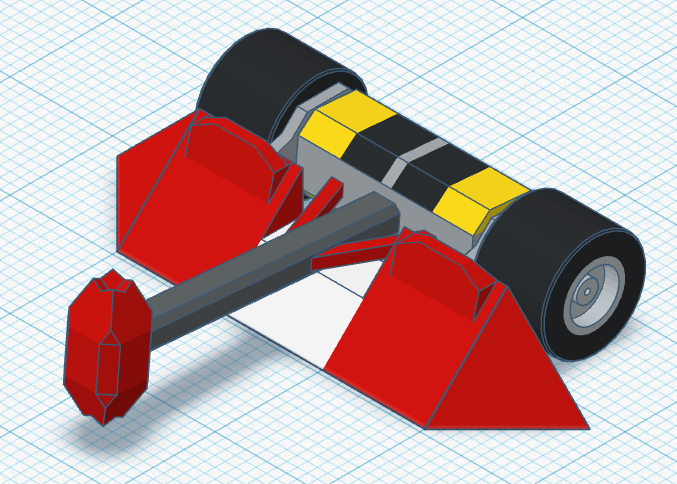 so, ya girl was looking at alot of overhead thwacks--namely oldschool overhead thwacks (a la toe crusher and overkill), and i was thinking "so how can i make this better?". a couple of thoughts in bed and a quick rush and design phase in tinkerCAD later, we have head protection required, an overhead thwack that's designed after a road barrier

the wedge + wheel mounts, and the main hammer body are on their own separate individual hinges, which essentially means that the wedge is self-hinged.

im not going 2 post stats just yet either, i do have em planned out, but for now--enjoy

by Tcrrr
ok this is epic

by The Monsterworks
This bounty hunter is my kind of scum: fearless and inventive... :P

by hide
Ah, vertical thwacks: the archetype that is so unusable that in the end you either make it into a HUGE clone that gets cucked or admit defeat and just make it a hammer : <

That aside, the bot looks good

by The Monsterworks
Eh, we've buffed the archetype a bit with thwack damage now being the average of speed and traction instead of speed and torque. It cures some of that multi-stat dependency.

by Archangel
they did say it was a hammer that looked like a thwack :V