by That Kode Guy
this bot right here

instead of the thwack it became

by Madman
I decided that I wanted to make an Eighties robot and <del>something that wouldn't win so much</del> an overhead spinner, so I decided to combine the two ideas. What came out was...

So it's an overhead spinner, 10WD for kicks, with a hinged wedge on a limiter so that it can't be flipped into the path of the weapon. The 'exhaust pipes' are purely ornamental. No, I don't do dumb shit like ICE like Alex does. 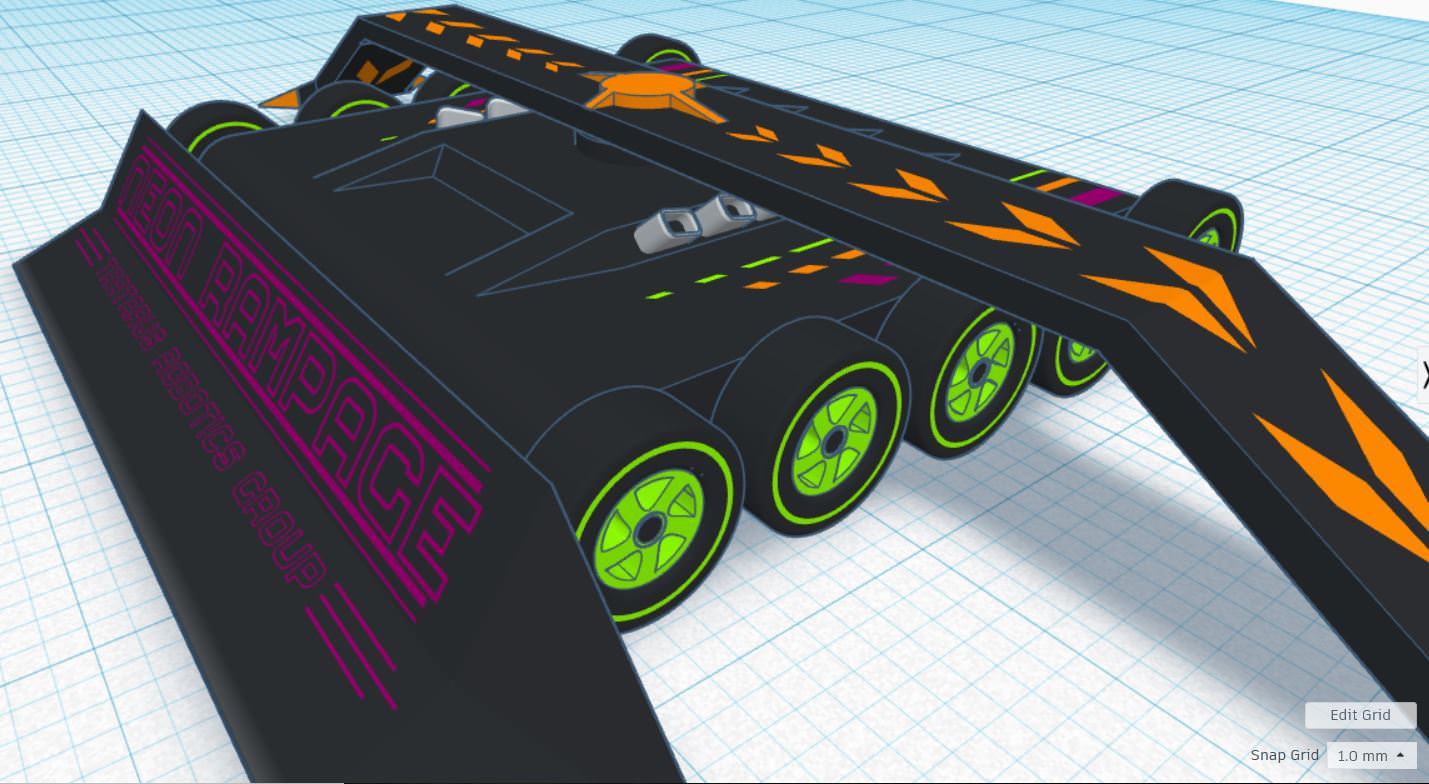 It's also semi-invertible. If flipped, Neon Rampage will tip forward and can drive on its front two wheels, albeit not especially well. 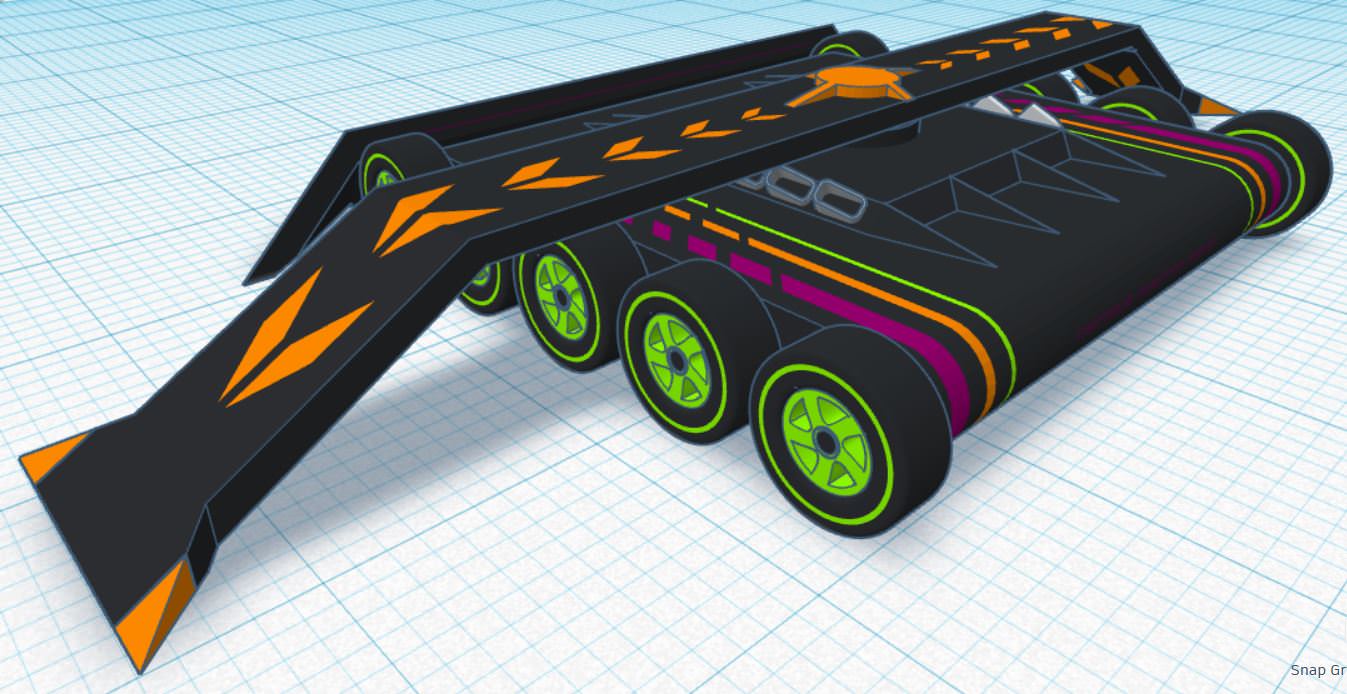 by Madman
I don't care enough to learn the formatting on the new forum, so here's a new bot:


I've always wanted to make a Biohazard-style four bar lifter, and I've always had a soft spot for Bleach. Easily the best part is Inoue Orihime's ridiculous caterwauling "Kurosaki-kun!!" every single time that Ichigo sustains what should be a fatal injury. As anyone who's watched Bleach will know, that happens pretty much every episode he's featured in. Long story short, this is my FW entry for Team Shonen in Fandomonium. No, it can't self-right, but it's invertible, and yes, its lifter can press. The resting position isn't at the absolute end of the linear actuator's range of motion, so it can simply 'pull' a bit to make the lifter press.

Here, have an ALBUM 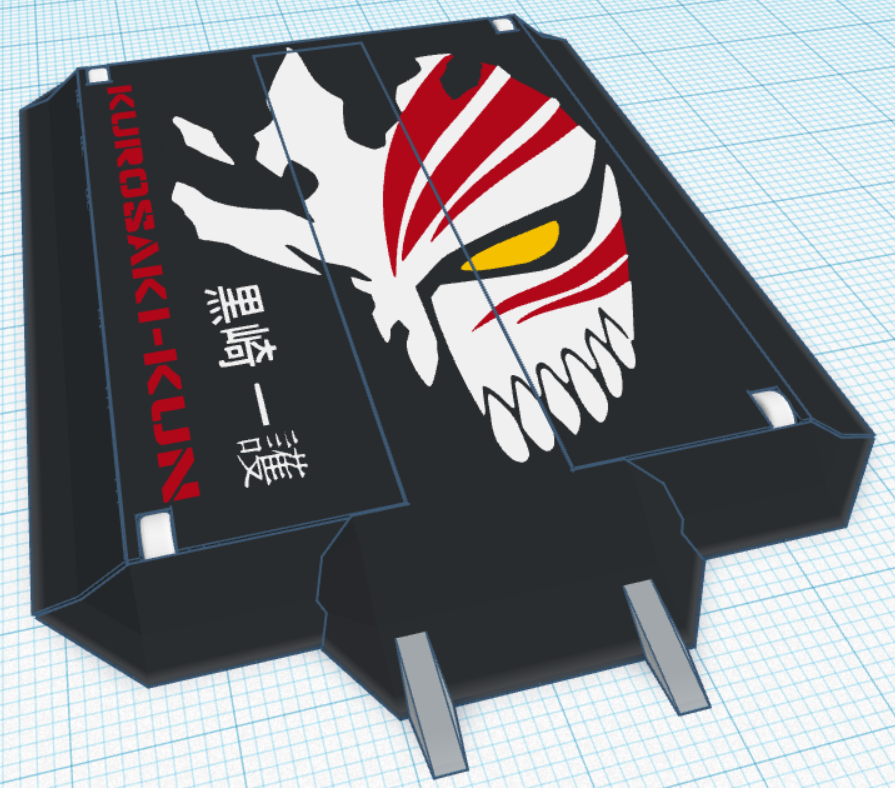 Bots also have stats, so here:

by Madman
Have another remake. I wanted to redeem my terrible, tire-looking shell spinner, Hadean, so I did. I think this theme is more in keeping with the name, too.


Wanted to try a pattern that was a mix of electronic and natural, and liked the name Hadean from before, so I redesigned that disappointment of a bot from the ground up. It's lower and wider and has a self-righting pole that should be vaguely reminiscent of the warp nacelles from Star Trek TOS. Hoping the shell and overhead buff in Fandomonium will make them competitive again. Otherwise it's your standard 4WD shell spinner. Backlight and glow effects rendered in Sketchfab.