Get your creative juices flowing and submit your own media, art, ariticles, or whatever you think people will find at least mildly entertaining to this site. We promote intelligence.
Post Reply
41 posts

Noot bad at all, meme man
ICE³ ROBOTICS
"Tougher than a glacier, more might than an avalanche, more fury than a blizzard, and more burning passion than a volcano."
Top

I don't know how I missed Cream, but that seems like a really neat idea. I'd love to see that in action, if nothing else just to see if it's viable.
Team Mongoose (358-215)
"The Colour of Awesome"
Braveheart / Crash Blossom / Depth Charge / Broken Ghost / Murder Death Unit / Agent X 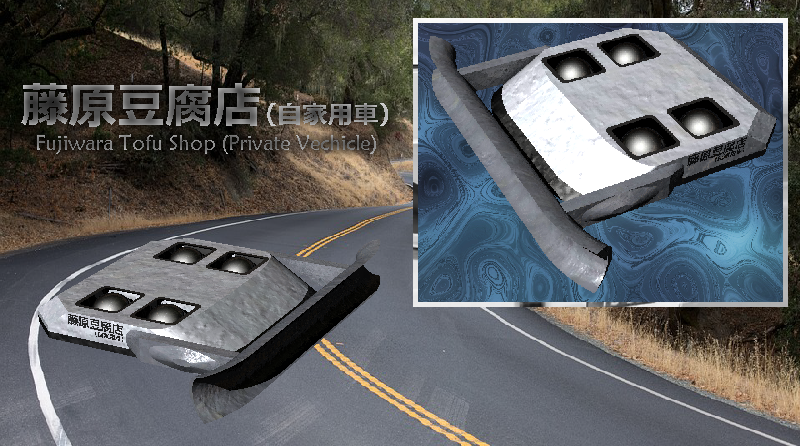 HBW for CBC2, Gas^3. I caved and decided to make a semi-generic brick for once. It has balls for wheels though, that makes it totally unique.
Plow is hinged approx 10-15 degrees so I don't flop face-first.

I've been taking a liking to making these bot splashes (i.e. pictures of multiple shots such as I did this bot, Pingu and Go&#33; Go&#33; Zeppelli&#33;) rather than just a image of a render. Kind of wonder why more people don't do this, given Rhino's versatility.

edit: whoops looks like "vehicle" is misspelt on the splash. I'm going to keep it and say it's just anime-styled engrish, given the fact it's based off Initial D

SHW for random robotics. This one has two forks on the front that allow the robot to flip itself over.

Haven't named it yet, but I'll come up with something.

It's waifubot time, pretty much a rite of passage in order to be on ARC. :tellu:
Most likely going to be my MW for Ruination 4. I know this is listed as my HW in the signups thread rn, but fuhgeddabout it.

(had to use vgy.me since imgur wouldn't take the image for whatever reason, weird stuff)

This bot's name is Patchouli. Since her spellcards have the gimmick of changing depending on what character you're playing, I decided to give this bot as many setups as R4 allows me to have (that being 3).
Tried to do the bumpmap thing Kody does for his wheels. I think it came out alright, but it doesn't quite have the same gloss that his flamingo nXt renders do. Might fiddle around with trying to get that working, idk.
Side wedges are hinged on the first 2 setups, and full wedge on the third setup is hinged as well. 29 stat points for each setup because that's the rules AFAIK.

Stats:
Clamp
Speed: 6
Torque: 2
Traction: 6
Armor: 10
Weapon: 5
This one will probably be used against bricks. Has a clamp with super thin bits pressing the ground, so GL HF getting under. Might even use this against weaker drums.

Drum
Speed: 6
Torque: 2
Traction: 6
Armor: 10
Weapon: 5
(same stats as above, basically)
Might end up being "that setup I use like once", but I like the concept. I'll keep it as a "just in case" if I come up against something unorthodox like Mini Ceylon or whatever. Basically, the drum has the bare minimum power that it needs for the +4 armor bonus. My SHW will probably end up being something like this but with a bigger drum, and without any additional setups.

Wedge
Speed: 6
Torque: 2
Traction: 6
Armor: 15
Weapon: 0
Obligated "fuck you deathspinners" setup with a bajillion armor. Pushes stuff around the arena for the entire match. Not much else to say.

Dude, that is NICE. Though I'm not entirely sure if you need the anti-deathspinner set-up. The drum might be effective enough since it would get a +4 weapon armour bonus.
This account is in a state of dimensional flux
Top ".. if Kody is removing OOTAs, I'm flying to Canada for the sole purpose of taking a shit down his chimney.

I can't imagine a juggler like Neglected Waterbug from the RA2 Starcore AI pack working too well IRL or in ARC, so I turned it into a brick with a spinner instead. The spinner itself has 14 armor because of active weapon bonus, so it'll be near-impossible for deathspinners to even damage unless they get a really lucky wheel hit. It isn't KOing anything or chucking them OOTA any time soon, but it can box rush and harass opponents around into hazards and stuff.

i see you're putting my tinkerCAD wheels to good use
winter! she/they pronouns, trans rights babey!

R4 team, decided to give patchouli and masheen xl the boot at the last second (also known as Fidget Spinner of Doom)
(also known as "have fun being on literal ice skates" -Badnik)
3WD trackball melty thwack. Basically uncontrollable, I'd give this thing negative traction if I could. Hope you like getting smacked with a 60lb spinning 16-speed death ball if you try to box rush it, though. :dirk:

You thought Kody's similarly-named robot was obnoxious? What this robot lacks in half-naked big tiddy anime girls it makes up for in being able to switch out between her Cleansed Crystal Mirror (read: horizontal spinner) and Rod of Remorse (read: hammer) before the match. This is the one robot where I get to tell my opponents to "go to hell" without looking all salty n shit. Has mecanum wheels for omni-directional movement, as many interchangeable setups as I'm allowed to enter, and the most obnoxious stats I could muster up. Front setups and rear plow are both hinged.

Oh yeah, and I purposely put a plow on the back of the wood setup because of Kody's MW.

Eiki will have to wait until ROBOTS 2, I guess.