Get your creative juices flowing and submit your own media, art, ariticles, or whatever you think people will find at least mildly entertaining to this site. We promote intelligence.
Post Reply
175 posts

Hellhound was originally supposed to be something unique and cool, with actual weaponry in addition to a solid turn of speed. Instead, when I gave it to my dear brother, it got turned into a lifting brick. I reinterpreted the original and gave it some upgrades. Here's the finished product:

It's an ultra-low near-360 lifter with the saw directly attached to the lifter. Osiris covers an enormous area of the floor, though the majority of its weight is in the rear section. The saw assembly is removable, in which case the unused weapon points are put into an armour bonus that applies to the remaining weaponry (the lifter). The plow is very steep so as to be able to beat other wedges in leverage battles. It can be lifted to reveal a toothed wedge beneath, before clamping down on opponents. There are also optional teeth that fit onto the plow. They'll be rendered when I feel like rendering them.

Osiris will only be appearing in tournaments that use the CBC saw rules, as saws aren't viable in the current meta under the old rules.

people (and by that I mean me being annoying :V ) could definitely interpret the lifter to be 3 separate sides when it comes to instituting your additional armor bonuses, which is something to consider. it's also bordering on being unrealistically wide and short, but your designs tend to dance around realism in exchange for looking really fuckin cool, so :V
‽ ROBOTICS
CHAMPIONS: Lightweight//Ruination 4//Nick's Fuzzy Rules -- -- Hobbyweight//Bot-o-Rama//Buzzkill
Wheels smaller than my chances of success ~Botomatic

Well, I'd assume that the weapon armour applies to the weapons, which kinda includes all parts of them (including the arms that act as part of the lifter, at least, I'd hope so since it always kinda has. As for the additional bonus, then maybe one could make that point.

As for unrealistically wide and short, you're talking about the main part of the chassis with all of the motors and batteries and stuff? I figure if Pooky gets a break, then this isn't even anywhere close to that level.
Mastodon... Extinction (HW)
Osiris... Armageddon! (MW)
Elrathia... ROBOTS (LW)
Magnolia Pico... Ruination 4 (MW)
RipTide... ROBOT2 (FW)
Black Diamond... Cherry Bomb Classic 3 (HW)
MADSCIENCE... ROBOTS 3 (LW)
Abyss... ROBOTS 3 (MW)

yeah the normal +2 bonus has never been affected by the rule about the sides (that I'm aware of anyway); I tried to specify just the additional armor bonuses :P
‽ ROBOTICS
CHAMPIONS: Lightweight//Ruination 4//Nick's Fuzzy Rules -- -- Hobbyweight//Bot-o-Rama//Buzzkill
Wheels smaller than my chances of success ~Botomatic

All heil the tinkercad octagon :P I always use it for my designs as well. Pretty solid sawbot
Alpha Robotics - Embrace the carnage!

It is a truly blessed shape. 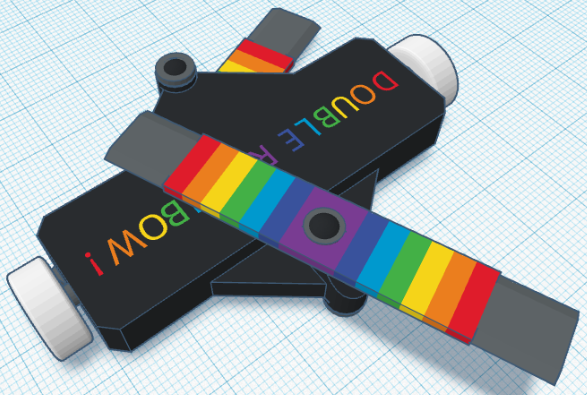 Fully invertible 2WD dual horizontal spinner with interchangeable bar and disc setups. The weapons are run off of a single motor mounted in the middle of the robot. I took a page out of ICEwave's book in colouring the ends of the blades a deep matte gray to match the arena floor. I'm still not entirely sure about the stats, but we'll see. Any opinions on what would be best?

In all seriousness though, the design itself looks pretty solid, especially with the arena floor-coloured bar tips and the power of the two weapons. The speed might be a little bit of a problem though, especially against anyone who can tank the initial hits and bully it around from there.
Top

is it invertible???
https://www.youtube.com/channel/UCNRE7F ... subscriber please sub to me
Top

<blockquote class='quote_blockquote'><dl><dt>patrickrowberry</dt><dd>Feb 12 2017, 03:03 PM</dd></dl><div>is it invertible???[/quote]Yes, that's what the knob on the top back end is for- to keep the blade from hitting the floor whilst running that side up.
Top

Yeah, I'm iffy on the speed. I thought I could potentially go really low because it has near 360 degree coverage with two weapons and because if I spin them both the same way, instead of countering each other's gyro forces, they'll actually cause it to turn really fast in one direction. Not sure though. I might take a point from somewhere else and put it into speed. Four is slow but viable.
Mastodon... Extinction (HW)
Osiris... Armageddon! (MW)
Elrathia... ROBOTS (LW)
Magnolia Pico... Ruination 4 (MW)
RipTide... ROBOT2 (FW)
Black Diamond... Cherry Bomb Classic 3 (HW)
MADSCIENCE... ROBOTS 3 (LW)
Abyss... ROBOTS 3 (MW)

You could take 1 out of armor and still be outside of self-ko range given that the spinners are at 15 each
‽ ROBOTICS
CHAMPIONS: Lightweight//Ruination 4//Nick's Fuzzy Rules -- -- Hobbyweight//Bot-o-Rama//Buzzkill
Wheels smaller than my chances of success ~Botomatic

Yeah. I was considering that, but I liked the idea of the high armour, so that I'd have the advantage in weapon to weapon contact. I was also considering giving the wheels an armour bonus to put them over the threshold of damage by 13 power enemy weapons, but I don't know if that's allowed or if the tradeoff would be worth it. It's a question of how much speed matters for a design with near-360 coverage.
Mastodon... Extinction (HW)
Osiris... Armageddon! (MW)
Elrathia... ROBOTS (LW)
Magnolia Pico... Ruination 4 (MW)
RipTide... ROBOT2 (FW)
Black Diamond... Cherry Bomb Classic 3 (HW)
MADSCIENCE... ROBOTS 3 (LW)
Abyss... ROBOTS 3 (MW)

Resurrected from the Dead, it's... 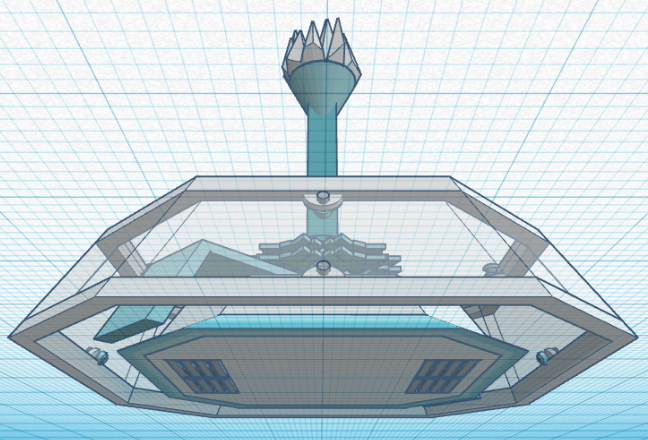 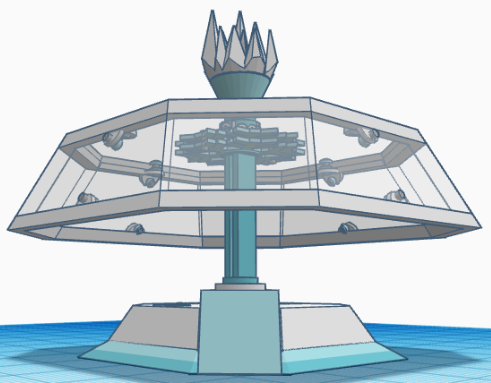 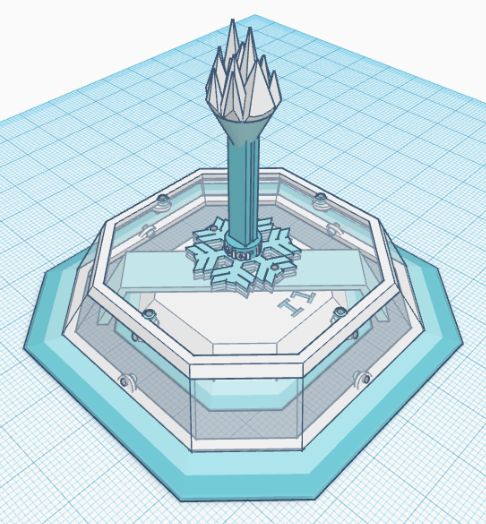