Get your creative juices flowing and submit your own media, art, ariticles, or whatever you think people will find at least mildly entertaining to this site. We promote intelligence.
Post Reply
175 posts

I see a problem in that the side hammers will ride up a target with sloped sides, dragging the end of the bot up with them, and potentially causing the top hammer to fall short. As far as a damage-based style... I don't think it'll be quite fast enough to pull it off. Near-360 degree coverage aside, most bricks will be able to flank it, and the pivoting thing will only work if the hammer hits a perfectly vertical surface; otherwise, the bot will kinda pop up in the air. If you dump enough points into your weapon, you might be able to do enough damage with the hit that it won't matter, but then you're really gambling with your drivetrain and will likely lose on aggression to anything you fail to KO.

However, I see a lot of potential in a control-based stat spread and play style. I'd take full advantage of this:
<blockquote class='quote_blockquote'><dl><dt>The Rules</dt><dd>&nbsp;</dd></dl><div>F - Ramming Bars, used on designs like Force Feedback, Stingray, and Probot, are a weapon that consists of a mass that is fired horizontally without the purpose of piercing. These designs use a 'keep away' type stick for a variety of purposes: to push the opponent away, to dislodge themselves, to warp the opponent's wedges, or to slow down spinning weapons. Ramming Bars generally do not cause much damage, unless the opponent they are hitting are trapped against a wall, as ramming bars push opponents away. These are always fast moving, and operate mostly the same as overhead striking weapons where an increase in weapon power results in a faster striking force.[/quote] and put as little points into weapon as possible for some extra armor, speed, and traction. The hammers won't do damage anymore, but will still move fast enough to make an effective clamp.
Last edited by Cha0sFerret on Sat Oct 01, 2016 12:23 am, edited 1 time in total.
Top

Those are some pretty good points, so I'll do my best to address 'em:

Well, the control-based version of this (Injustice) will be coming soon and will have some seemingly small but actually quite significant modifications to allow it to fulfill its intended role a lot better. As for the issue of riding up sloped sides, truth be told, maybe one in every three bots has legitimately sloped sides (like 45 degrees+). Also, I have a second configuration designed specifically for those sorts of fights. I'll be unveiling it when I have the motivation to get back on TinkerCAD and draw it.
Mastodon... Extinction (HW)
Osiris... Armageddon! (MW)
Elrathia... ROBOTS (LW)
Magnolia Pico... Ruination 4 (MW)
RipTide... ROBOT2 (FW)
Black Diamond... Cherry Bomb Classic 3 (HW)
MADSCIENCE... ROBOTS 3 (LW)
Abyss... ROBOTS 3 (MW) 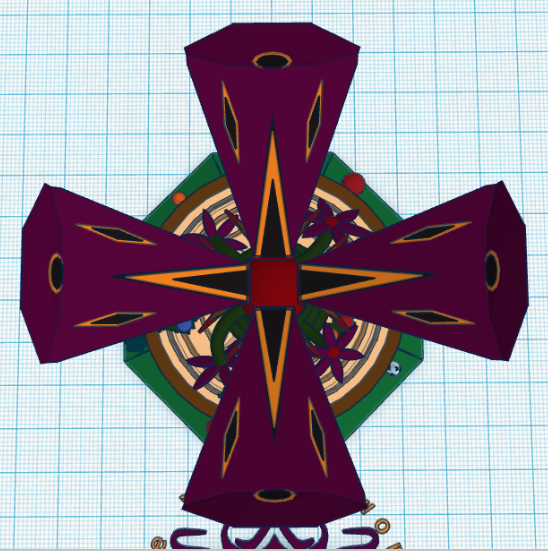 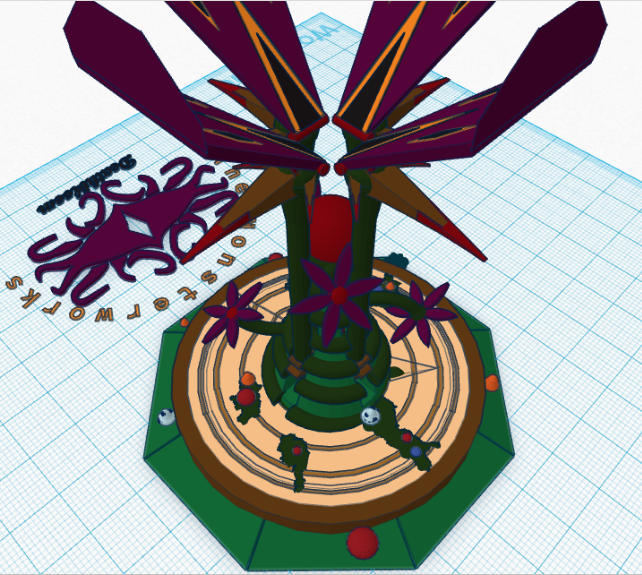 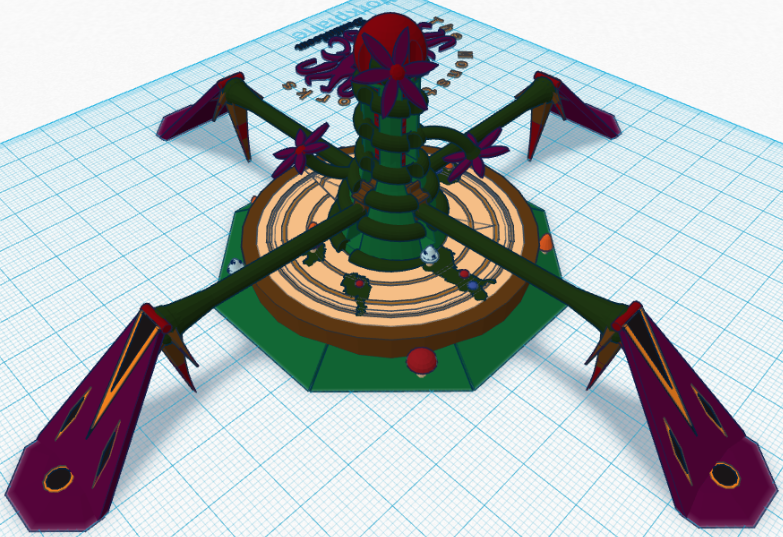 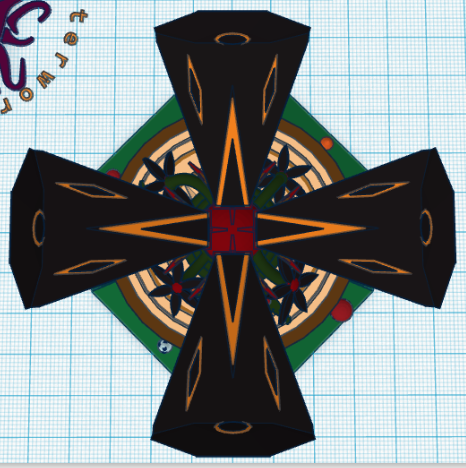 So, it works on the same principles as Justice and the Buccaneer configuration of Smilodon, only, flipped on its end and not really using the punching bar as a separate weapon anymore. For more detailed information, click the title. It links to the album, where a lot of the mechanics of this thing and its features are explained.

Well hey, I visually demonstrated that the punching bar isn't going to go through the bottom or the top, and with an even distribution of weight coming down at the same time, I don't see how it'd knock itself over, so
Mastodon... Extinction (HW)
Osiris... Armageddon! (MW)
Elrathia... ROBOTS (LW)
Magnolia Pico... Ruination 4 (MW)
RipTide... ROBOT2 (FW)
Black Diamond... Cherry Bomb Classic 3 (HW)
MADSCIENCE... ROBOTS 3 (LW)
Abyss... ROBOTS 3 (MW)

At this point it's more of a personal lack of understanding than any real issues with it :P
‽ ROBOTICS
CHAMPIONS: Lightweight//Ruination 4//Nick's Fuzzy Rules -- -- Hobbyweight//Bot-o-Rama//Buzzkill
Wheels smaller than my chances of success ~Botomatic

I caved and made a brick. Shamelessly plow-stacking thwack. 2WD so that its wedge is actually good. Nice control ratio, solid torque, shit-tons of shock-mounting behind the plow, and can actually hurt spinners by thwacking. The design is an expression of my anarchist beliefs. Fight the power. :dirk: 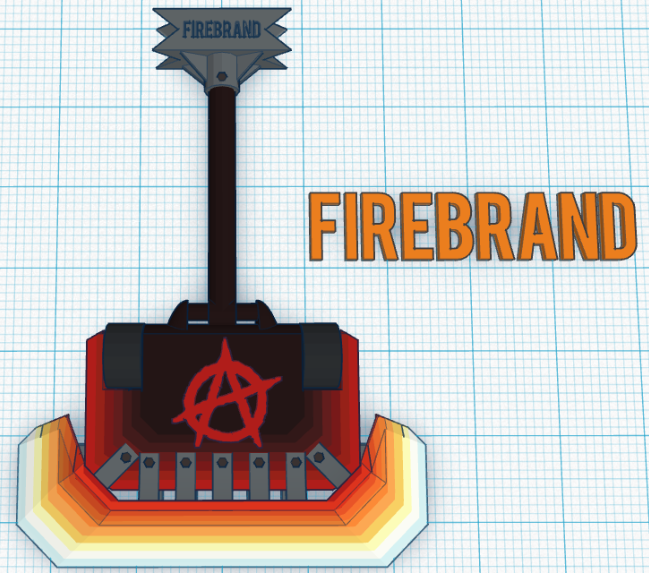 Here to enforce your right to do whatever the hell you want, damn the consequences, it's... 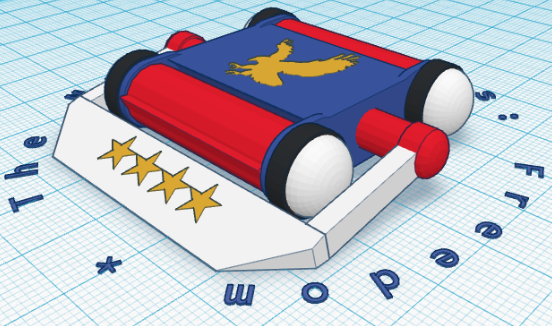 So, I've finally gotten around to posting this, and it looks like a brick, or maybe a dual drum bot. <del>Well, I couldn't just cave and make a brick. I just don't like them.</del> SEE ABOVE POST. They're too easy to win with and they don't cause anything to happen except for a lot of pushing. If I wanted that, I'd play bumper cars. :P

What I've created is a bimodal brick/drum spinner. It sounds potentially complex, but really isn't. Before we get into how it works, let's take a look at some stats:

So, that nine speed is instrumental in the bimodalism of this design. Normally, this bot will drive with all four wheels on the ground and simply be a nine-speed brick that came up a bit short in the torque and armour departments. However, we already have a precedent in ARC, as shown by thwack and melty-brain designs, that speed can translate into effective weapon power. Up until now, that's always been done horizontally. Because doing it vertically presents some practical issues, chief among them the fact that a vertical thwack can only accelerate at best 180 degrees, we've always taken vertical thwacking power as the difference between speed and torque (which governs acceleration). How did I engineer a way around this?

Solution: So, see that lifter? it's a 360 degree lifter similar to the one found on Breaker Box. It can lift or press into the ground, levering the front wheels upwards. Once those wheels are lifted off of the ground, they can spin freely and indefinitely through 360 degrees with all of that nine speed, translating to nine weapon power, while the rear wheels remain on the ground, effectively turning Freedom into a 2WD drum spinner with 5 speed. But wait a second...[/quote]

Solution: Now, conventional wisdom dictates that half of a 4WD bot's drive power is found in each set of wheels (front and rear). Therefore, wouldn't the front set of wheels also only move with 5 (4.5) speed or provide that equivalent? The problem with that approach is that it ignores the fact that normally, that set of wheels would be responsible for moving not only the drum, but also the half of the weight of the entire bot, subject to friction as well&#33; When lifted into the air, the wheels' motors have FAR less weight to rotate. There is often not a great deal of functional difference between the brushless motors that power spinning weapons and those that power wheels except for gearing. A simple second set of gears or a disengage triggered by the lifter rotating below a certain number of degrees would suffice, allowing the wheels and their attached drum to spin at a speed roughly comparable to that of a similarly-powered conventional drum spinner.

Alright, so that's great and all, but 9 weapon power really isn't going to do much of anything. That's where the drum comes in. It's hollow and mounted around a pair of shafts which extend inward from each of the front wheels. Mounted on each shaft is a pair of small motors similar to those you'd find in a ring spinner like Warrior SKF. As the shaft spins with that 9 speed/weapon power, they spin with it at the same rate. They, in turn, power the drum when activated, adding 5 weapon power to the existing 9, kind of like how a melty-hs does it. Sound complicated? A lot of people have struggled with that explanation, and clarity's never been my strong point, so I devised a fairly rough diagram to demonstrate what I meant and both Brad and Dylan got it. A picture is worth a thousand words? 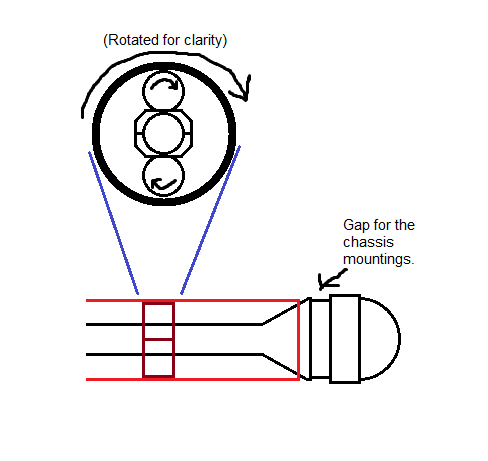 Really, Freedom may end up being a jack of all trades and master of none, but it gives me some flexibility while fighting and could actually work. I'd love the chance to try it out. Constructive feedback would be much appreciated. Also, that rear 'drum' is ornamental and there for the lulz.
Mastodon... Extinction (HW)
Osiris... Armageddon! (MW)
Elrathia... ROBOTS (LW)
Magnolia Pico... Ruination 4 (MW)
RipTide... ROBOT2 (FW)
Black Diamond... Cherry Bomb Classic 3 (HW)
MADSCIENCE... ROBOTS 3 (LW)
Abyss... ROBOTS 3 (MW)

you're going to burn out your lifter motor

though I do think you'll struggle to actually do anything effective in brick mode with only 1 torque tbh
‽ ROBOTICS
CHAMPIONS: Lightweight//Ruination 4//Nick's Fuzzy Rules -- -- Hobbyweight//Bot-o-Rama//Buzzkill
Wheels smaller than my chances of success ~Botomatic

It's like if the new version of Striker was just a little faster and had a slightly more powerful weapon, tbh.
Top 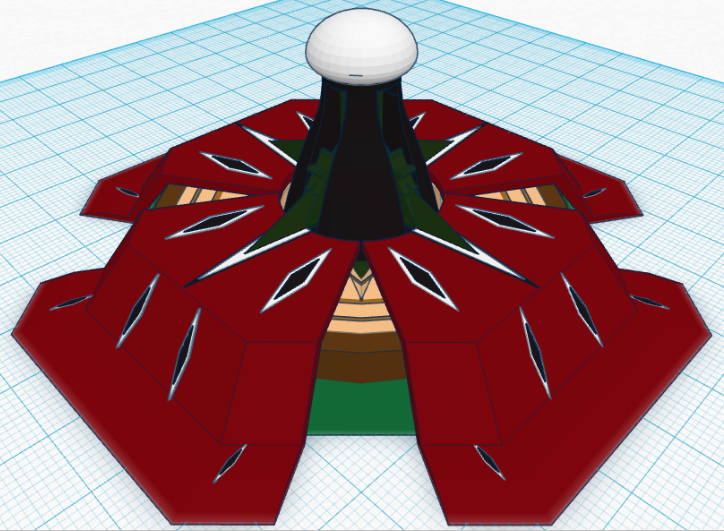 This is Deathbloom's flipper configuration. In tournaments that allow selective weapon armour application, the bonus is applied to the front and rear petals, while the other two get a +1 derived from what were weapon points in the Somber Rose configuration. Otherwise :qq: . It also has a pressing mechanism that tilts the central weapon stack very slightly in one of the four cardinal directions, pressing its associated petal (in a manner not dissimilar to Mastodon's flipper configuration).