Get your creative juices flowing and submit your own media, art, ariticles, or whatever you think people will find at least mildly entertaining to this site. We promote intelligence.
Post Reply
268 posts

I couldn't find a good way to include it aesthetically so I just kinda ignored it tbh :V
Top

Dayum, that's a nice render. Not sure what pocket dimension the weapon motor is in, but it almost doesn't matter. The wedge setup is legit too.
Tartarus Robotics Group: Infinitely wise and merciful since 2016
(don't ask about before that)
Black Dog ||| Hellhound V ||| Blood Eagle ||| Santangelo ||| Hellhound VII ||| Hoarfrost
Top

I love those wedges. So many wedges. 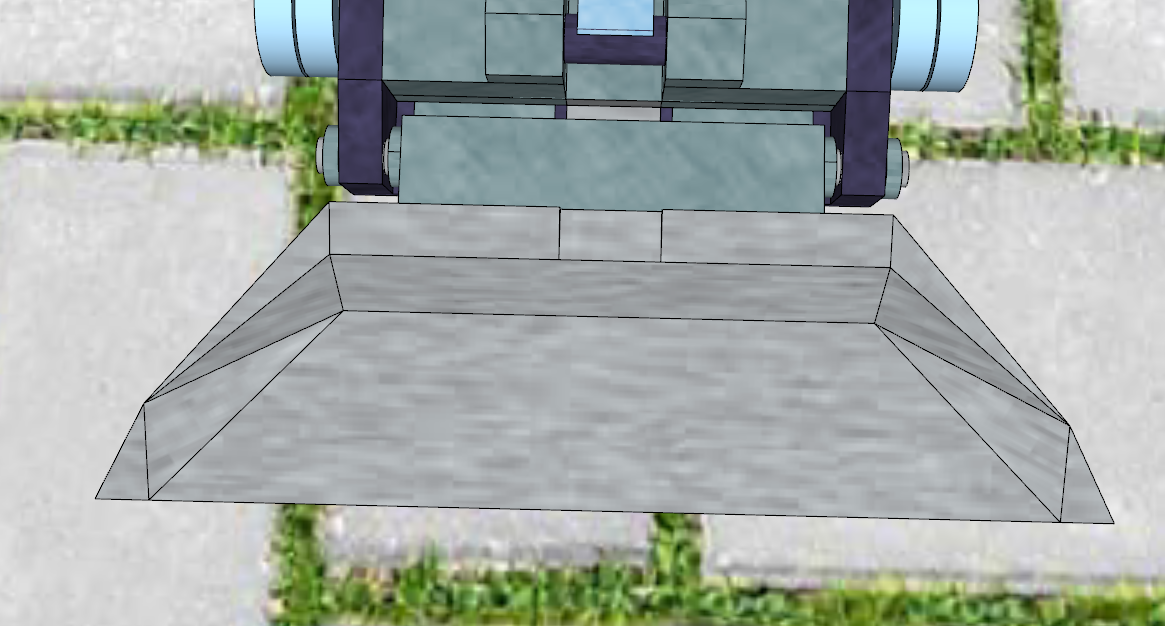 I've been thinking a lot about hinges lately - In the past I've done a lot of fully attaching it to the body/shock mounting it and just calling it hinged, but I've realized lately that I've been using that as an excuse to not learn how to actually just make a properly supported hinge.

previously I felt like I could get away with this more often - but I'm trying to be more boisterous with my backgrounds now: more Broken Tooth-style bright color backgrounds than brick walls and tiles and shit. and I feel like eyerape gets overdone if it's of a lower quality. but if you're consistantly churning out renders in your own art style that gets everything right, well then you can do whatever the fuck you want.

of course I say all of this and broken tooth still doesn't have a weapon motor.

we're getting there :V
Top

there's an importance to iteration on a design that I think is missed oftentimes. even the perfect formula fades with time. 4WD wedge verts were a thing before, just like 4WD wedges without a weapon at all - but the meta adapted. the 4WD wedge adapted: first adopting the Breaker box strategy, then creating the pressing wedge. First copying reality, then putting the twist on it that makes it work in our meta. In battlebots, the reverse happens: the twist comes first, because that gets you onto the show. but then Biteforce wins, and Paul can build the design he really wanted - because how do you reject the world champion? Sawblaze goes from a workable concept to the most terrifying wedge you've ever seen. Rotator drops the gimmick except for where it works, developing strategies that let it take on tombstone. Yeti abandons the forks for what Greg really wanted in the first place: literally just stewie but on giant wheels.

no matter where your inspiration comes from - function, form, meme: build it. Don't give up when it doesn't work: identify why it didn't work. Endless Clowns had a solution for a great many things - but it could never figure out bots with equal wedges to it that were faster. I retired it, and moved on to other projects. eventually I built Cuddle Time!'s anti-vert wedges, which let me build clamps again, so I re-made Food Grade Plutonium.

Food Grade Plutonium abandons the flat wedge in almost all circumstances. there is a reason for that, and the people who figure it out are the people who will succeed in CBC 4. those reasons are also what let me rebuild this bot, and the reason that my visual style is about to look a whole lot different.
Top

This bot can walk on water, yall
Top

I see that you have made a Bite Force!