Talk about the lastest in Nintendo, X-box and, if you can afford it, Playstation. Don't forget about PCs and handhelds, but if you go old-ass Atari on us, we'll cut you off at the knees.
Post Reply
21 posts

Gulden wants in.
Heavy Load Racing will come in with the number 62 and the Ford Make. 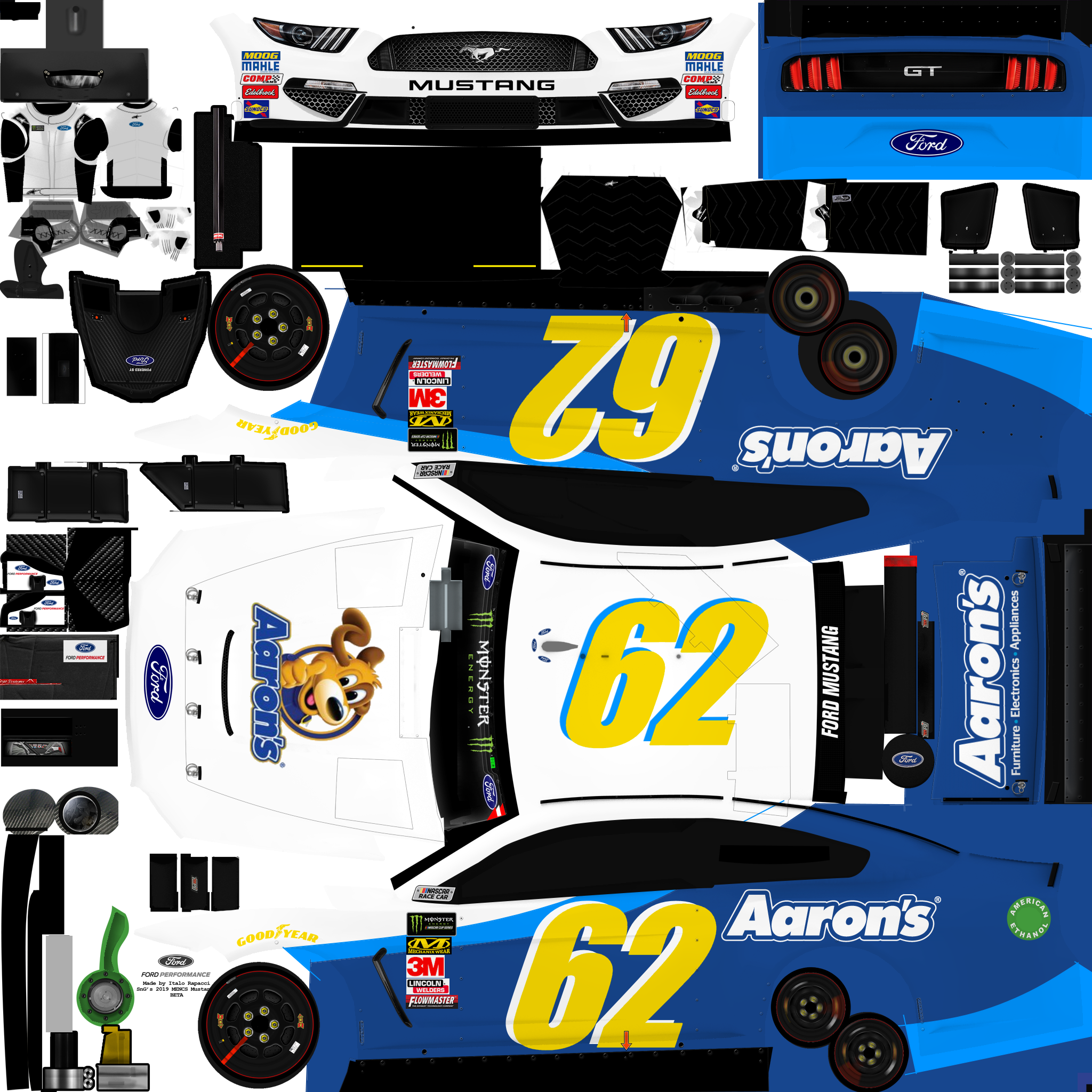 After a phenomenal start, the fame got to him. Kirk's always been a restless soul and he just couldn't stay out of trouble. While his parties became the stuff of legend, it's little secret that his results... shall we say 'suffered' or would 'fell off a bloody cliff' be more appropriate? After a disastrous 2018 campaign, the most talented and charismatic but least consistent driver in the history of NASCARC has spent some time both in rehab and doing some soul-searching, in an attempt to get his head straight and regain the scintillating form that led him to an unlikely-to-be-equalled record number of wins in the 2016 season.
Last edited by The Monsterworks on Tue Jul 16, 2019 11:34 am, edited 1 time in total.
Mastodon... Extinction (HW)
Osiris... Armageddon! (MW)
Elrathia... ROBOTS (LW)
Magnolia Pico... Ruination 4 (MW)
RipTide... ROBOT2 (FW)
Black Diamond... Cherry Bomb Classic 3 (HW)
MADSCIENCE... ROBOTS 3 (LW)
Abyss... ROBOTS 3 (MW)

Killjoy Racing Syndicate Alex and Laz are funny. I'll take Aislin Sheehan. You two wouldn't know a good racer if she came up and kicked you in the nuts. It's sexism, I tell you!

Aislin Sheehan: #7 Irish Spring Dodge (can someone change the number?)

After being dropped by her previous team and going unsigned because she was a girl and third in the standings wasn't good enough (but fifteenth and twenty-fifth were), Aislin is back and under new management, with something to prove. Prepare to get righteously smoked by a ginger.
Top

Team Blood Gulch Racing is back!

A lot of underachieving means I’m trimming back the roster.

Alberts started in sim racing, but decided to move to the real track when he got bored of not actually driving. Turned out, he was decent at some small street racing events, so he joined a NASCAR team and here he is now about to start his 3rd season.

Alberts has considered Kirk Kidd his main rival since back in 2016 when they first met on the track. Kidd probably has no idea this is the case, but Alberts doesn't care. His mission to prove he has the superior black and green car carries on.
Aggression: 100
Consistency: 70
Finishing: 80
Qualifying: 95
Road Course: 85
Short Track: 90
Speedway: 70
Superspeedway: 70

Henderson appeared one day, chew toys spilling out of his racing suit, doing some 130 mph down a highway. He never talks and never takes off his helmet, even to sleep. Nobody has seen him enter a bathroom. He loves steak, but will not eat while anyone is watching. Background checks return nothing, and teammate Antontio Alberts says that sometimes Henderson makes soft barking sounds. A strange man, indeed, but he sure can drive a car.
Top
Post Reply
21 posts