Here's the space for any RPGs that aren't Robot Combat related. Find sign-ups and related information in here! 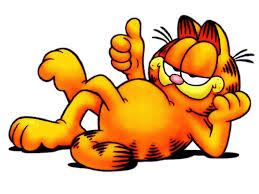 ...you know what, I'll allow it. I'll get you in with the next update.
poopity scoop
Top

Wohoo&#33; Also I have an excellent idea of how you could add me into the storyline if you want to hear it.
Top

PM it to me, I'll consider it.
poopity scoop
Top

I would like to join, but there's an issue that would arise - no one can stop me from making the game impossible to play without delving into rule 34 and other stuff related to it.
Top

Alias: THE MAN-SHARK
Real name: MAN-SHARK
Gender: A fucking man shark.
Race/Species: Human, but with the upper portion of the body being the upper half of a shark. Where the fins are, there are huge, muscular arms.
Description: see above, but the man shark wears boxers with himself on it, posing like macho man randy savage
History: One day, a man smoked too much ganja and he thought up of the MAN-SHARK. The MAN-SHARK proceeded to bust through the stoner's wall, gave him &#036;20 bucks and walked out the door.

Don't fuck with the MAN-SHARK.
Power(s): Being the fucking MAN-SHARK.

Return to “Other RPGs”