Approach him as soon as the match starts, as aggressive as can be of course to rack up those points. V9’ never actually stated what the hammer is powered by so I am going to assume that it is spring powered, with either a slow retraction system or none at all since he didn’t bother to give points to one, meaning he’d only have one shot. I’ll be using my speed and traction advantage to easily angle in on him to avoid that hammer of his. His whole front tips up whenever he goes forward, just like the real robot it is based off of, Enderbot, leaving it immensely vulnerable to me getting under it. My main strategy is to just juggle my flips on him, all the way to the arena wall where I have more than enough power to tip him over the edge for that quick OOTA, my ultimate goal in this match, just like so many other matches beforehand. Drive about the place quickly at all times, making myself hard to hit, always angling in on him and never going for him head on, although my hefty 12 armour should bare most of the brunt of his hammer blows. If for some reason I choose to push him over to the arena wall rather than my preferred flip juggles, his flail certainly won’t hit me if he’s up on my front. Keep aggressive at all times, smothering him with flips and never letting up. Always keep facing him, wedge first, never showing my backside to him at all.
GL
Top 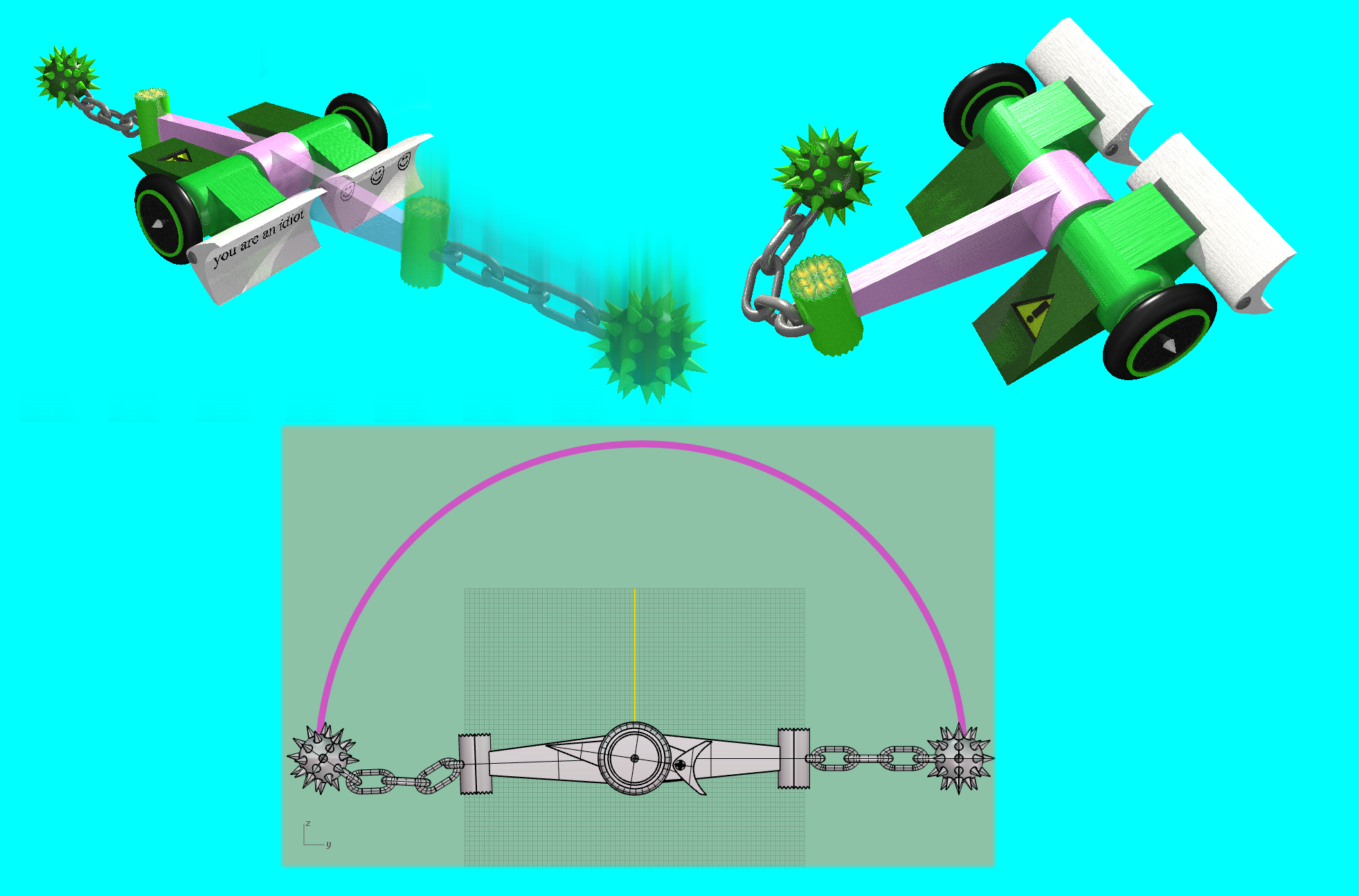 $TARGET_USER, You have been selected for a free ARC Gold[tm] account free working no virus 2020 , click here to claim your prize :)

Now that flails have actual rules behind them, I can slap these bad boys on literally whatever I want.

Whenever the hammer swings, the hammerhead will hit first, then the flail soon after. This effectively means that the hammer can hit twice per swing. The hammer itself has a +1 damage bonus by virtue of being a hammer, but the flail portion receives a -1 damage debuff to cancel it out.

Plows are removable if using the 7/14 setup, doing so tilts the center of balance back toward the rear wedges. They are NOT removable when using the 10+3/11 setup, however.

Speed: 7 Traction: 6 Torque: 2 Weapon: 3 Armour: 12
Two-wheel driven LP-Pneumatic flipping arm (only the black and white bit is the arm). The drive isn’t too torquey so it shouldn’t wheelie and it doesn’t have much room to wheelie anyway with the guard on the back. Is invertible thanks to the stopper ‘horns’ on top and also has stopper eyes like it’s little brother. The flag is purely for decoration and it will come off easily. The Flipping-Arm has around about Fourty-degrees of travel.