PTS vs What's the Scoop

PTS vs What's the Scoop

The fuck is this :V


See if I can get an angle on the front of the chair and smack it, hopefully flipping it over. I can't kill this thing but I should be able to turn it on it's side in a couple hits. Just try to keep him in front and keep the blade spinning. Wall bounce with the spinner if I'm in a dangerous position
Top 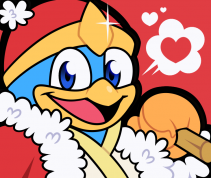 Re: PTS vs What's the Scoop

We’ve got double his speed and we take zero damage from his weapon, we wedge under him easily ‘cause we’ve got a wedge while he doesn’t — on paper, Chair God has an undeniable, tremendous advantage.

Anyways, it’s pretty obvious what my opponent has to go for if they’d like to win, so let’s just go over all the reasons why my opponent cannot tip me over.
We’re twice as fast and our scoop is bigger than his whole bot — there’s zero chance he can flank in any way to where he’s not blowing his load straight on our massive curve. That’s problematic because as stated prior he doesn’t do ANY damage, not even a scratch — that means that if he’s hitting our wedge, he’s not going to catch us in a way that knocks us to the side, he’s going to bounce off the wedge. Even if you don’t buy that interpretation, we’re still a flexible bot and he’s hitting us on a sloped surface - there’s just no way that, when he’s doing no damage, he tips us over from our wedge. EVEN if he somehow gets his terribly slow bot to our wheels, he still doesn’t do damage, doesn’t catch into our bot, and doesn’t hit high, low, or powerful enough to tip us.

That being said, we NEVER let him get to those wheels. We rush him (we aren’t fast enough to stop his spin up, but we definitely get to his side of the arena and then some) and we guarantee he slams into our big wedge. After that happens, we capitalize once he pops up and continue to rush him into a corner. Pin, rinse, repeat.


Once we get him into the scoop, it’s even easier, as there’s a solid shot that gives us even more control once we win that wedge war. It won’t be an exciting fight, unfortunately, but there’s absolutely nothing he can do to prevent us from stuffing his spinner up against the wall and keeping him there, because our wedge is bigger and taller than his entire bot, and even if he gets out, we run away, reset to neutral and try again