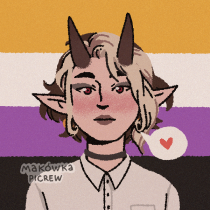 Alright so joking aside, they're the similar design as before--but with different stats spread. Plow through the hospital doors, wait for them to come to me, and immediately get on top of them and smother them.

Be aggressive as I humanly can, try to avoid the hazards and house robots, and watch for shenanigans.

Neophyte Redglare (4WD lifting wedge)
Speed: 7 | Traction: 6 | Torque: 3 | Weapon: 2 (1 wedge / 1 forks) | Armour: 12 (+1 wedge) It's the 2019 Gender Non-Conforming Bowl and a repeat of a very difficult matchup for Dragonfist from ROBOT2. However, Dragonfist has only become stronger in the intervening period. Let's use that to our advantage, shall we?

So NR's wedge has 13 armour, which is... bad. However, Syl's bot is very low to the ground, and the wedge doesn't extend that far back. This calls for a devious strategy. With a shell spinner. Yeah, I'm as surprised as you are. It doesn't take a genius to realize that Syl's gonna boxrush like their life depended on it, so I need to figure out a counterplay, and the best one I've found is in the arena itself. When the battle starts, I'mma go full coward strats and spin up pretty much in place, letting NR come to me. I'll position myself at the start so that the flails won't make contact with the doors when they're open. Once Syl barges their way through the doors, that's when I attack, moving forward and to the side so that NR can't angle into my flails and make its wedge take the hits. Those forks don't go down flush with the top of NR, so those are getting torn off (5 corner damage says hello), and the corners of the wedge don't extend far enough to protect the wheels from my attacks - and those are some delicious slab sides for the flails. The other good part? Syl's gonna get knocked off course... and into the House Robot zone. If NR gets trapped by the house robots, it's time to spin up and get some hits on the back. Repeated hits from a 16-power weapon are not gonna be fun for an 11 armour chassis, and eventually something will give. This is especially true if I manage to snag a wheel with the flails.

Not gonna lie, this is something of a harness plan, and if something does go wrong, it's probably going to go wrong very fast. If I do get wedged, I'm gonna be Mauler-dancing all over the place, and hopefully in that chaos I'll be able to get away. If I manage that, then it's a case of spinning up as quickly as I can when I land upright and repeating the strategy, playing defensive and waiting for something of NR's to break.

Good luck, Syl, and have fun.
TEAM WORST SWORDSMAN
"The world's best swordsman doesn't fear the second-best; he fears the worst swordsman, because he can't predict what the idiot will do."