Freshman Fight League
What's up, bitches! It's your boy Lazarus. Thought y'all could get rid of me so easily? Well, you thought wrong. If you're wondering who the fuck I even am, so much the better. That means that this tournament is for you!

Basically, while this event is open to anybody, spots are limited to eight and preference will be given to rookies (freshmen), veterans returning after a layoff (legends), and sophomores before other members (veterans).


1. FF League will have an entry draw of eight ten bots. One weight class only: Middleweight (120 lbs). I'm doing all of the writing myself so, no, it's not going to expand. I don't wanna manage a large event. Fuck. Okay, you get ten bots, Superbomb and Jorji offered to help write and imma need 'em.
2. This'll be done in Swiss format. If you're not familiar with it, I suggest you get familiar. Look here.
3. We'll be using the Dirty Dozen rules because I wanna test you noobs out. There are opportunities in that set but also pitfalls. Let's see how well you can navigate them.
4. The usual stuff about deadlines (Saturday midnights EST), RP word limits (400), and reading or referencing your opponent's strategy post (don't do it!). Since this is FF League, I'm gonna be lenient about... FFs (had to make the dadjoke). Shit's due by midnight (actually 11:59 PM), but you basically have until I roll out of bed the next morning to submit. Take your chances if you like.
5. The entry deadline is... let's say 11:59 PM EST, Saturday April 17. If the event isn't filled, I'll toss in some fun bots. If we have too many entries, priority will be given in order of freshmen > legends > sophomores > everyone else. Priority tiebreaks will be order of signup.
6. The arena will rotate between the three below from week to week. You can find their complete dossiers here.
Scoring System


FF League will use a novel scoring system based on the usual criteria. However, it will not be a 'must' system, where all points from each criterion will automatically be distributed. For example, if neither bot does much damage, perhaps damage will only be scored 2-2. If both fail to show much aggression, the same guideline applies.

Additionally, this event will score matches by victor and by 'set'. The victor will receive two points in the overall standings for their victory and each bot will receive one point in the event of a tie. However, both bots (regardless of win, tie, or loss) will also score a point for each 'set' won. Basically, each 'set' represents one judging criterion (damage, aggression, control). A category won gives you one extra point. A category tied gives you 0.5 extra points. In the event of a knockout, all sets will be considered to have been won by the victor.
Therefore, the maximum number of points that a bot can score in a single match is five. In the event of an FF (forfeit), the bot that showed up will also score five points. The loser will score zero. In the event of a winning bot losing two out of three sets (i.e. a spinner dominating on damage but narrowly losing aggression and control) it would emerge from the match with 3 points (2 for the overall victory and one for winning the damage set) while its opponent would take 2 (for control and aggression).


At this point, the bracket is tentative only. You can find it here on Challonge. It will be updated as entries come in and, later, as the tournament progresses.

I’m definitely going to make a robot for this, stay tuned!

I was going to enter a bot I had made before this tournament was announced, so I ended up coming up with and creating the concept in about 30 minutes or less, I present to you, Crash Test Granny.
Stats:
Speed: 3
Armor: 5
Torque: 11
Weapon: 0
Traction: 11
(She may be slow, but she’s a stable ol’ girl)
Strengths: You wouldn’t hit a poor old lady, would you?
Weaknesses: the words hurt more than the robot

Yes, the picture is wood, but there is a layer of main robot behind it 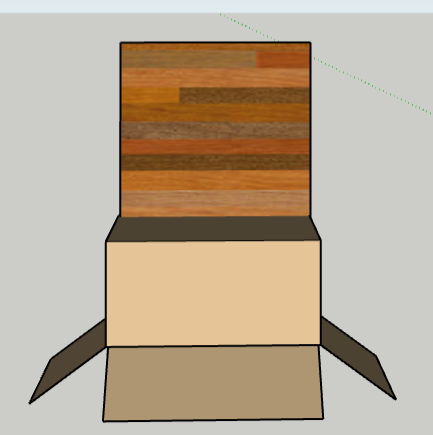 dual drum spinner. should experience minimal to no gyro effect when turning so long as both weapons are active. hinged wedges can be started both forwards or one forwards one back, or removed entirely.
Top

I would add TurtleBack. But he’s a bit busy so...

A NEW CHALLENGER IS APPROACHING! Coming straight from other realms beyond this site, we have probably my favorite and best bot. PuriN II! Don't question why its the 2nd one. First one didn't make it through customs. The hammock is just my chair for when I gotta drive the thing. If you're gonna lose, be comfy while doing it, you know?


Wedge is static, but wedgelets are individually hinged. Charlotte: The Astonishing Shelob
- Team Name: Team Questionable Strategies
- A turret with an articulating arm that has a horizontal disc, vertical disc, or a saw.
- The arm can go up, down, behind, and can rotate a full 360 degrees.
- The body also rotates to change attachments, which are: Wedglets, Forks, Wedge, or Flamethrower + forks. So instead of using mecanum wheels or having different attachments on for different matches, I just rotate the body to fit the situation.
- Red Self destruct button on the base of my weapon to reward hammers who have precision, and flippers that make me land on the button.
- It uses Tank treads to move around, just because.
- I am a Freshman (I think), this is my first year in ARC
- The bot was going to be a UFO (hence the grey and green color scheme), but I thought it looked like a spider, but I kept the color scheme because it looks better than the black and red I experimented with.
- Conceptualized and Made in an afternoon, in 4 different sessions with various time in each session.
- I Named the bot after the spider from Charlotte’s web, Shelobs from Lord of the Rings and one of Spider Man’s UK comic series’. 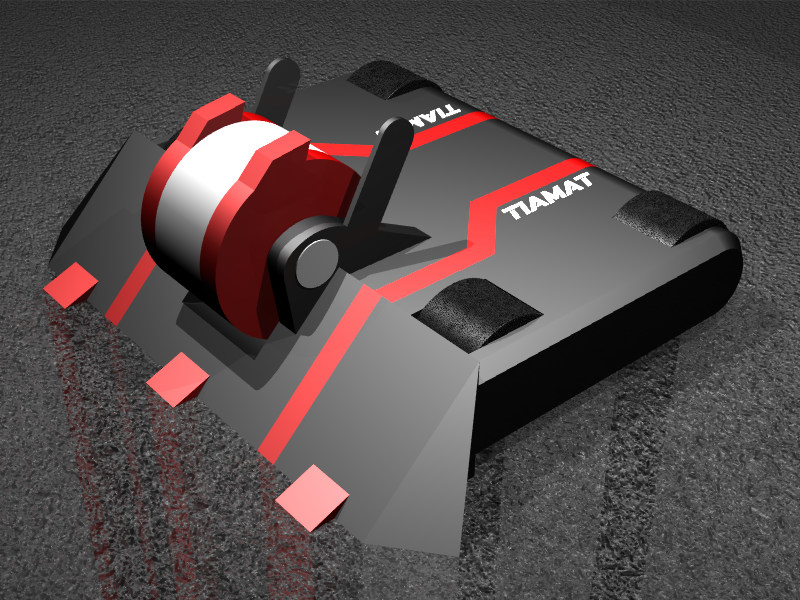 it is a vertical spinner. the little forks are hinged

A wedge and a thwack, or in this case a "Bammer". Fast and nimble, the wedge is primarily used as the thwacking arm is used for some sort of defense but doesnt do real damage. Pretty strong in the armor department aswell. The teeth on the wedge are used to catch opponents so they dont slide off.

Laz is back so I am too BIATCH

(oh yeah I forgot to mention it was 4wd with hinged wedglets and the wheels poke out the back slightly, so it can still move even on top of a wedge) 'ave you got a srimech? Course we 'ave!

(pic of it extended, normally sits flush with the supports)