(I'm still too lazy to make a banner, deal with it)

This is Vexed
If the name didn't give it away or you are unfamiliar with the Vex Robotics Competition/FIRST robotics, this will be a 2v2 Lightweight tournament based off the VEX/FIRST tournament style.

1) This will be a 2v2 tournament. Each match consists of 4 bots in the arena with 2 bots per team. This isn't tag team like CBC, but a full 3 minutes of 2v2 action.

2) Each person can enter one robot in the Lightweight division. The maximum number of robots in this tournament will be 20. If there is somehow not enough interest to get 20 different people entering, I will allow trusted ARC members to enter two bots on a case by case basis.

3) Signups are open now, and will last until September 20th Whenever theres 20 entrants. The first round of the seeding matches will begin the week after weekend following the end of signups

4) RP Threads and the Fight Card will be posted on Sunday Nights or Monday Mornings, and all RPs for each week will be due at MIDNIGHT UTC on Sunday (When the date changes from Saturday to Sunday). This is different from other tournaments, but to avoid stupidity with potential timezones changing due to DST, I'm basing the RP deadline off UTC which doesn't change. Use wolfram alpha or google to tell you what that time is in your timezone.

I'm planning to write all the matches for this, so each week's results may come out a little later than the weekend.

1) There are no conferences or groups. (In official VEX tournaments there are conferences but that is due to the sheer number of entries for some tournaments)

2) Each match will be between four random bots, and there will be 5 fights each week. It is possible that someone who enters two bots may end up with one on each team or both on the same team.

3) Every bot will fight in these first four weeks, meaning four matches per bot to rack up score and win record.

4) After these 4 weeks are up, Bots will be ranked based off their four matches based off wins, points scored and the point score of the opponent teams from their matches.

5) The top 4 robots will then choose an alliance of 3 bots total (including themselves) to proceed into a single-elimination Bo3 match against the other top 4 seeded alliances.

6) The winner of both Bo3 Eliminator matches will be the winning alliance, which will then face off in a 1v1v1 showdown to determine the true winner. Each team starts in their coloured squares. There are OOTA zones behind two of the squares (They're equal in size, im just bad at drawing) and Pulverizers (8 damage each) behind the other squares. There are also two sets of killsaws (6 dmg) closer to the middle of the arena, two sets of screws on each side (like the ones that Scorpios? got stuck on in ABC Battlebots S2), and two sets of spike strips along the top and bottom walls. For the sake of consistency in writing, the walls of the box are 2.5 feet tall around the OOTA zones, meaning its going to take a decently strong flipper to get the opponent OOTA. No 1-power flipper shenanigans OOTAing someone.

1) Each match will last 3 minutes. If both robots on a team are knocked out before 3 minutes are up, the match will end early. If the match reaches this 3 minute limit, it will go to a judge's decision.

2) For matches in the Eliminator stage of the tournament, additional rules apply.

A) All three bots of the alliance will fight in at least one match.
B) No one robot can fight in all three matches of the best of three.
C) Due to the above rule, the same two robots can not fight in back to back fights (Bot A and Bot B can fight in match 1, but for match 2 one of A and B has to swap for C. For a third match, whoever was swapped out for the second will fight along side C in the match)

3) For the first 4 weeks, the RP thread will be made by the tournament admin (me) to allow for easy formatting.

4) During the Eliminator stage, each alliance captain will be required to message the tournament admin (me) with the two bots that will be participating in each fight by WEDNESDAY AT 11:59PM UTC. The RP thread will then be made. If an alliance does not inform the tournament admin about who will be fighting in the match, the tourmament admin will decide for them.

Alliance Selection
The top four scoring robots will be the captains for selecting the teams of 3 to continue on into the eliminators. The first place bot gets to pick their first ally first, followed by second place, third place and fourth place. The order then reverses, with the fourth place picking their 3rd teammate, then third, second and finally first.

The captain can pick any bot ranked lower than themselves to offer an alliance. When a bot receives an alliance request, they can either accept and be a part of said captain's team, or they can decline. If they decline, they cannot be offered to join another alliance. In the case that the first ranked bot asks someone in a captain position (EG. The third ranked bot) to make an alliance and they accept, the fourth ranked bot moves up to third and 5th to 4th.

If your bot is outside the top 8 teams, it is impossible to be an alliance captain, so I do recommend accepting the offer if you get it.

Once the 4 teams of 3 bots each are chosen, the tournament progresses to the elimination rounds, where each match is Best of 3.

We will be using the standard ARC ruleset with a few slight changes.

1.4.3 Walking Robots
In the standard ruleset, Walkers get 34 points. In this tournament, Walkers will only get a two point bonus, totalling 32 total points. The speed and torque limitations still apply.

1.6 Multiple Configurations
There will be a limit of 3 alternate configs. There are no limits on number of different wedge types, but if you start trying to abuse this I'll just tell you to fuck off and deny entry until you get your wedges down to a reasonable number.

Shock damage rules from ROBOT3
-Impacts can affect more than just the area directly impacted. Robots with high armor bonuses can still experience damage to the mountings of the bonused area, or have internal components knocked loose. This can never directly cause a KO or catastrophic damage, but may cause things to stop working or parts to fall off with enough hits. Shock damage will be calculated by subtracting the chassis armor from the weapon power, and then halving it. I.e. if you have 6 chassis armor and a 14-power spinner hits your wedge, it does (14-6)/2 = 4 flat-surface damage

You want a bot? here, have this 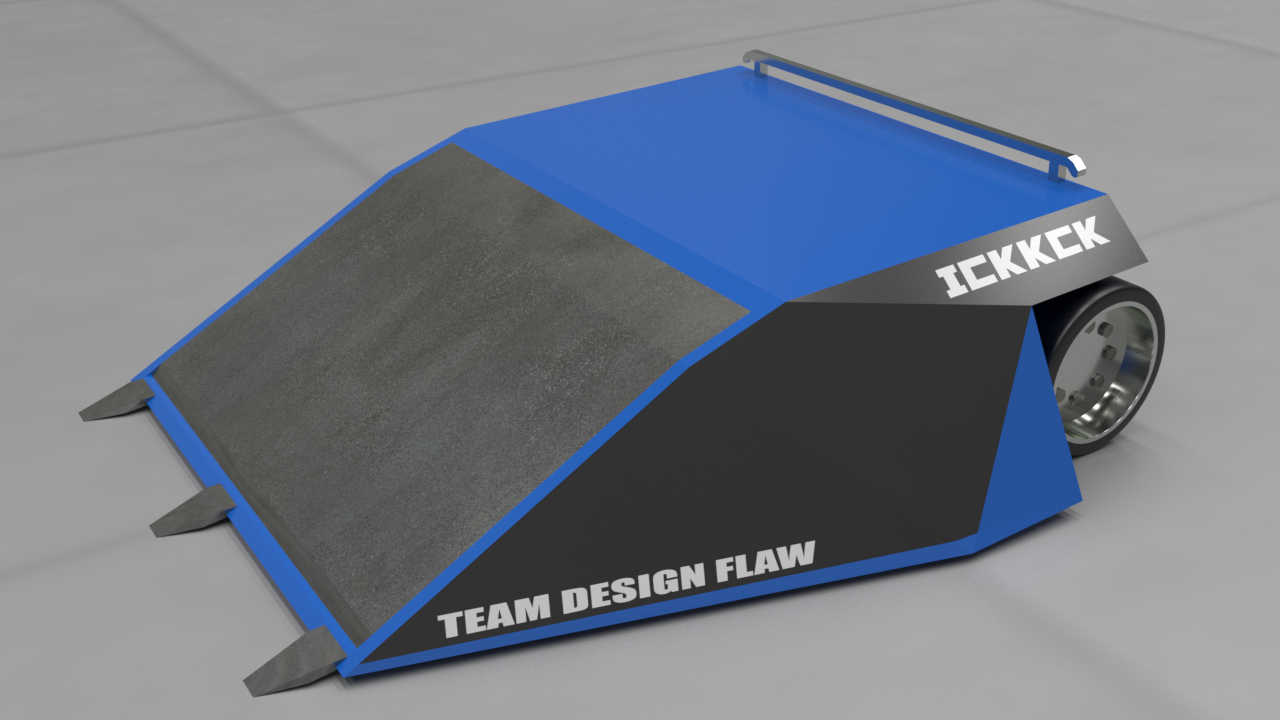 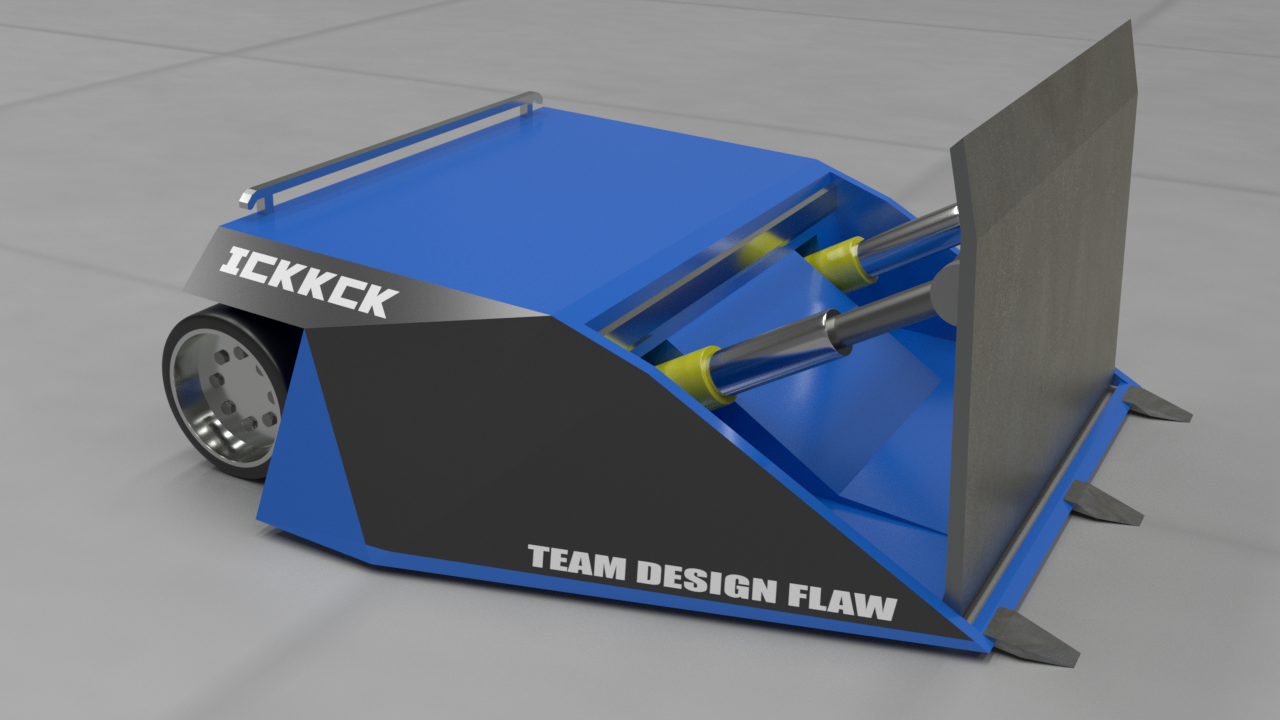 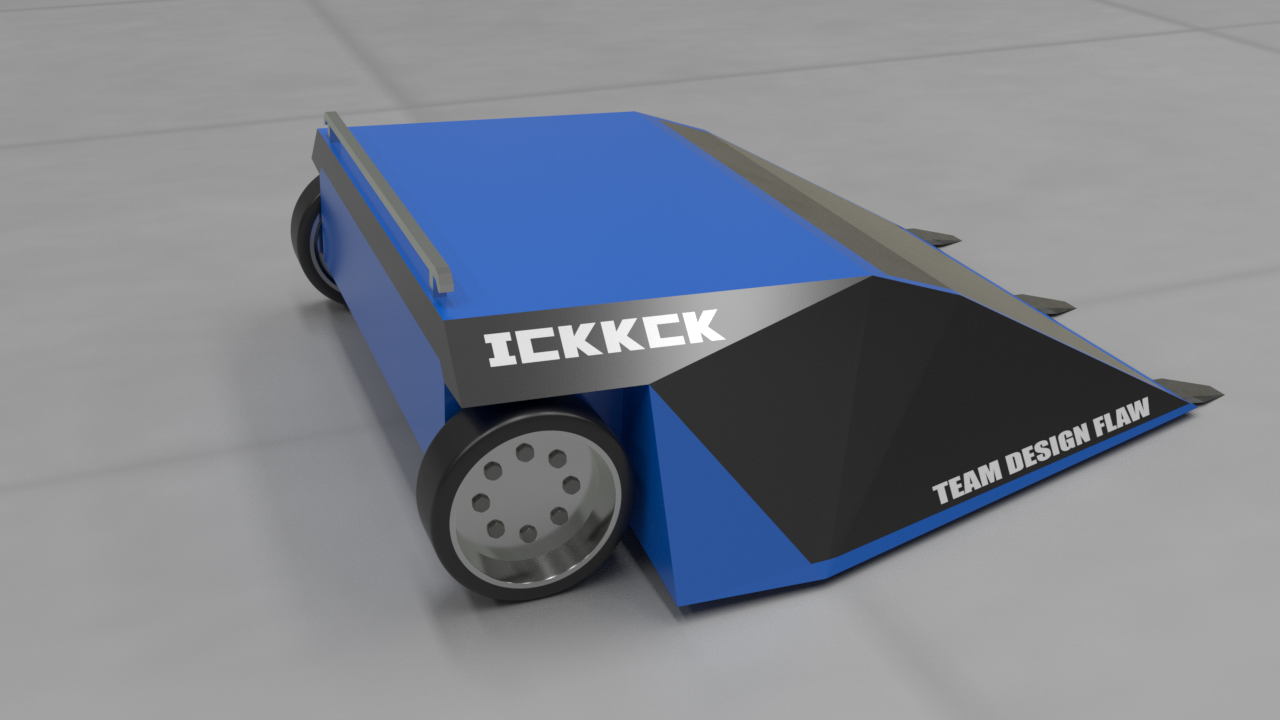 Fuckit, its a speed wedge now

That's a fancy table you've got there. Count me in!
AQUATIC ROBOTICS

i'm in and I want to be a captain

I said I was withdrawing. I lied.
Anyways, here's:

BITCH YEET (credit to Pat he made it) 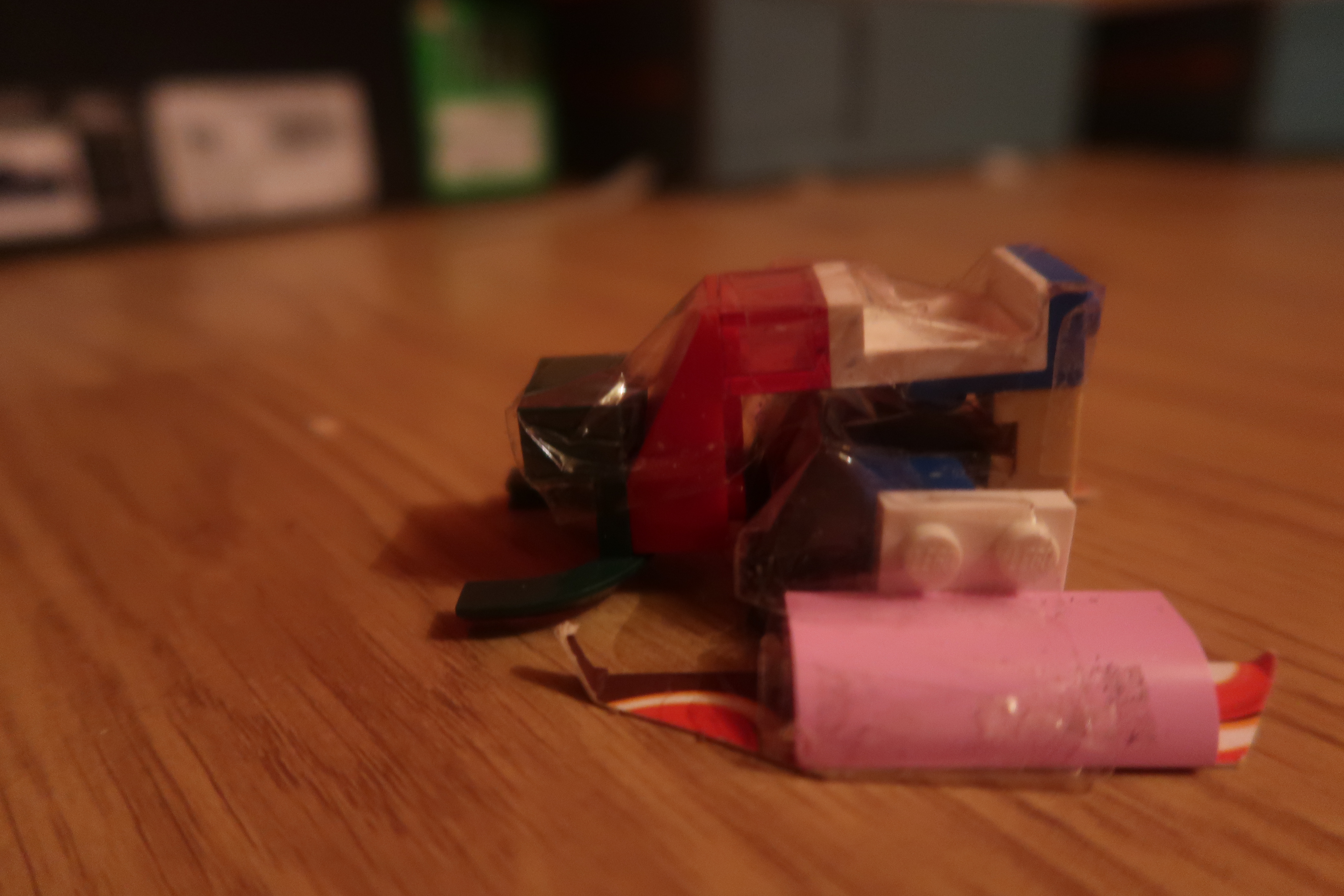 I lied. I'm not doing a crusher. I'm gonna do a flipper! Introducing, Cascade! 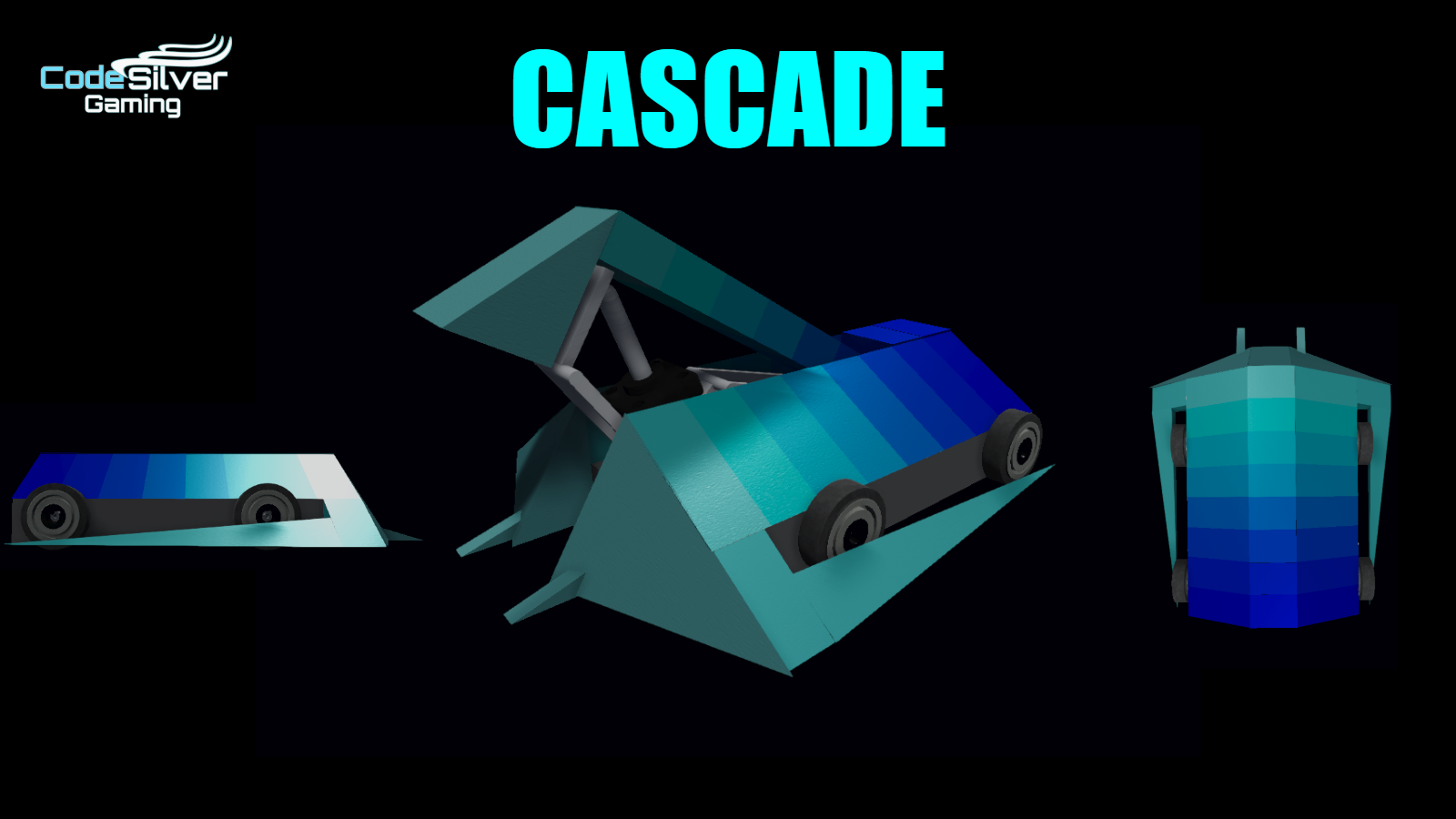 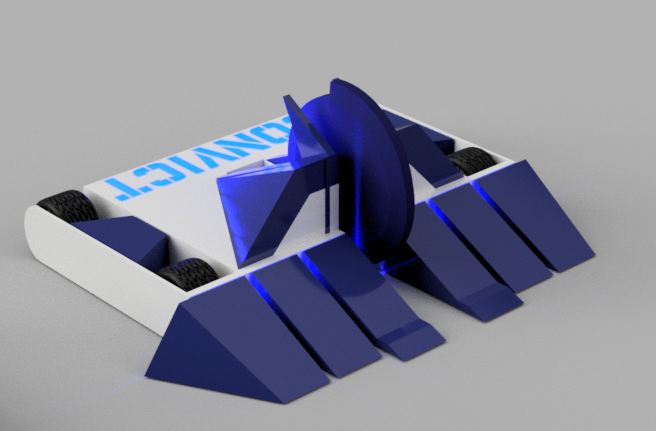 Anti HS (on the very left)

Undercutter/Midcutter STD with a dome piece like Texas Twister on the weapon.
Stats: tbd
Top

Sure, I'm in! =]
TEAM WORST SWORDSMAN
"The world's best swordsman doesn't fear the second-best; he fears the worst swordsman, because he can't predict what the idiot will do."

Time for me to participate, I'm moving my current bot class of Violent Storm to LW, and this time statting him a little better than the previous :P.

Violent Storm is a 6WD LW Bot that has a flipper, it also has wedgelets at the front of the bot to help get underneath opponent's bots, It also has a config for anti spinners. 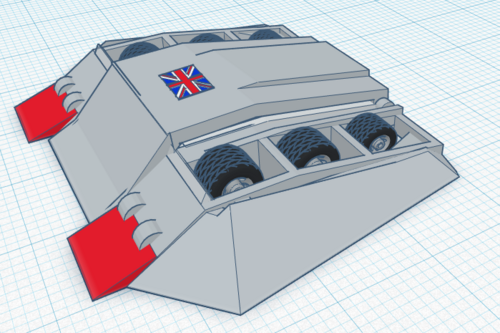 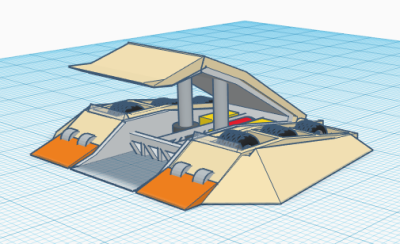 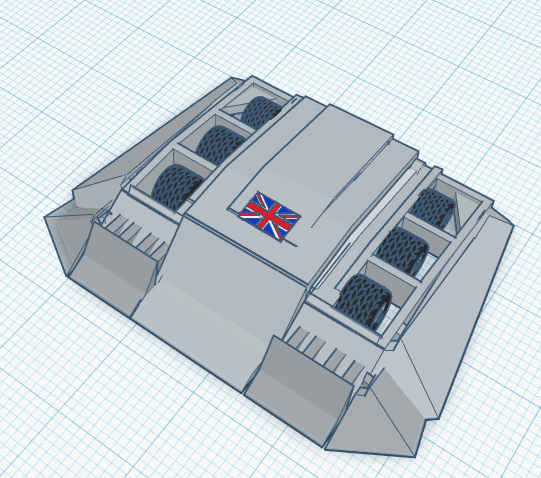